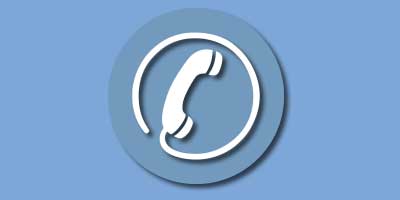 When you hear of human trafficking, Central Asia might come to mind or the Philippines. It is sex trafficking, but also forced labor and forced marriages. It is the old cruelty of slavery with a new name. While numbers of internationally trafficked people are up, the majority of exploitation occurs within a country’s borders.  – Produced by Nikki Kayser.

We are going to focus on Colorado’s sex trafficking specifically, after an overview. The perps may not be who you think. They are tech saavy with digital tools such as GPS devices. They may be women, skillfully manipulative and seem caring. They are efficient and very motivated, to the tune of $150 billion a year from all forms of tracking, $32 billion specifically from sexual exploitation.

To give a scope of the problem, the average price per person is $100. Victims may work at resorts, football games or rural locations. They may be recruited from homeless shelters. ​​​​Although the task of prevention and prosecution is daunting as the industry grows, there IS some progress recently, including stricter laws in Colorado. We get details on that law and end with a personal story of survival and hope.

Suzanne Jal​ber​t​, PhD​., is a veteran global activist who advises strategic planning and policy. She speaks to Eastern Europe conditions and more.

Peg Brantley is a local novelist, whose latest thriller takes on sex trafficking in Denver. She reads us a snippet and chats about researching the book.

We hear from Annjanette Alejano-Steele, researcher and training director at the Laboratory to Combat Human Trafficking. You may have heard of the sting last month that prevented the sale of a 3 month old baby and her 5-year old sister. Since over half of all trafficking stays local and only 10% is international, I asked A​.J​. ​how Colorado fairs.

According to Sex Trafficking of Americans: The Girl Next Door, it is more lucrative and much safer to sell malleable teens than drugs or guns. In our last segment we hear from a very courageous and insightful young woman who not only survived, but now flourishes. BilliJoy tells her own story. She invites us to follow her progress on her blog: BilliJoy.com. Soon you will be able to sponsor individual survivors on her website. Currently there is a calendar to raise money for health expenses of survivors. That’s KickAtDarkness.com.

The​ ​Laboratory to Combat Human Trafficking (ALIGHT) found in their research that most people have a clear understanding of WHAT trafficking is. However, we think it doesn’t happen in our town.

Warning signs of a trafficked person include:

Safe2Tell Colorado gives you a safe, anonymous way to help someone who is struggling or hurting with a mobile ap for tips to local schools and police.

There are resources listed in the back of Peg Brantley’s novel, titled, Trafficked.

BilliJoy’s organization to help fund the health care of survivors is Kick The Darkness. Her blog is BilliJoy.com

Efforts to prevent vulnerability of teens include unplugging for a period of time from electronics to re-connect for real with friends. Heritage School did that last month. Schools and civic groups are also creating opportunities to learn what healthy relationships look like.

You can upload photos of hotel rooms you stay in with their location to an app on TraffickCam.com. It helps build a database to use for comparison with ads on BACKPAGE and other Deep Web sites.

We might find out where our cheap consumer goods are made by using aVOID. It is a plugin you can download to tell you if products are associated with child labor while you shop online. It works with major shops such as Target and Amazon.

Free2Work is another consumer information platform with bar-code scanning technology that provides users with data on a brand’s responses to forced and child labor practices.

You can also use GoodGuide to search for specific products and brands and find their overall scores. Question the origins of your clothes by using the social media #whomademyclothes and #fashrev.This holiday season would be a good place to start.