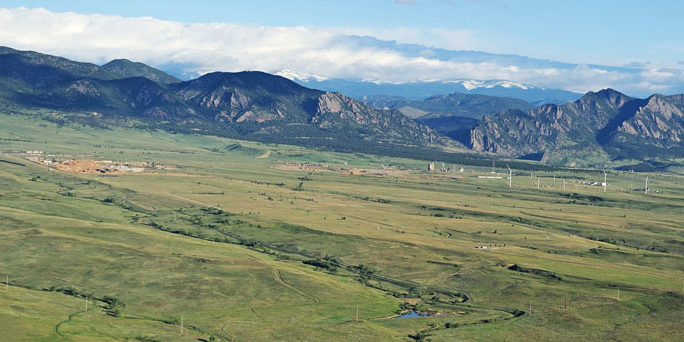 On Saturday September 30th, people gathered at the State Capital in Denver for a Keep Rocky Flats Closed Rally to highlight the risks of building public trails and a visitors center at the still-contaminated, former nuclear weapons plutonium trigger manufacturing site.

The rally came the day after a Denver judge dismissed without prejudice a lawsuit that was trying to stop the opening of the Rocky Flats wildlife refuge.  Randall Weiner, attorney for the plaintiffs, says Friday’s ruling leaves the door open for future action if necessary. “In her decision (the judge), she made it clear that the Fish and Wildlife Service should be given the opportunity to do the right thing, to thoroughly analyze the risks and as she said in her decision, they may decide after doing the studies to reverse course, and she wanted to give them a chance to do so. Now if the Fish and Wildlife Service does another sloppy job of deciding whether the science supports opening up the plutonium contaminated refuge to the public, my clients will be back in court after they make their decision.” 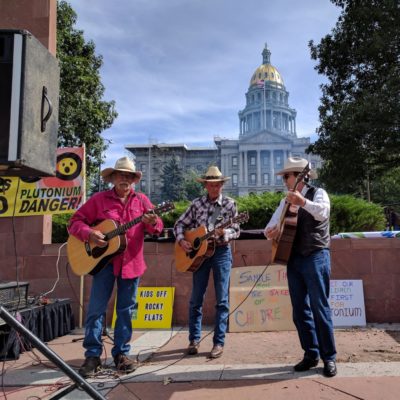 One of the key note speakers at Saturday’s was Kristen Iversen, author of Full Body Burden, Growing up in the Nuclear Shadow of Rocky Flats. She grew up close to the site and actually worked there at some point and she has been an outspoken critic of efforts to open the site to the public in the form of a wildlife refuge.

KGNU’s Nikki Kayser spoke with others attending the event included Paula Elofson-Gardine, Executive Director of the Environmental Information Network (EIN) and Tiffany Hansen – with the Rocky Flats Down Winders.