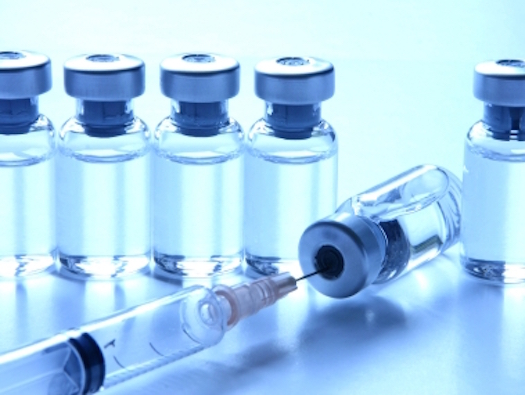 Vaccines for children used to be taken for granted – but not so much in the past two decades. As KGNU’s Roz Brown reports, pro-vaccine people think those who don’t vaccinate are irresponsible – putting public health at risk. Another group vehemently questions the safety of giving infants so many vaccines at such a young age.

In the early 1960s, children were given four vaccines. That means by the age of two, toddlers had received five shots total, and no more than one shot at a single visit. In 2017, children can receive as many as 24 shots by the time they’re two-years old and five shots in a single visit. And that means more parents are asking, are vaccines safe? And what are they doing to my baby’s immune system?

A new study shows Twitter is now a hotbed of anti-vaccine sentiment. Looking at five years worth of Tweets, the study found that Twitter users who engage on the topic are often negative because some equate vaccines with increased cases of autism.

“When there are articles out there that say vaccines don’t cause autism, that actually motivates the activists that really feel like vaccines are bad to take to Twitter and actually go out there and try to refute the news, so it actually kind of lights a fire under them,” said CU professor Chris Vargo, co-author of the study.

Vargo believes the link between vaccines and autism is a myth based on just one study from 1998 that was later withdrawn.

“There’s a lot of evidence that says there is no link. So as a scientist, one who subscribes to scientific methods I don’t think anyone could come to a conclusion that there is a link here.”

Dr. Roy Steinbock with Boulder’s Mindful Pediatrics says link or no link, parents who are skeptical of vaccines have a lot to consider.

“All the vaccines have toxins in them – some have mercury – fortunately we have enough now that don’t have that, but most have aluminum. If you look at the list of preservatives –some have formaldehyde in them and antibiotics in vaccines. I’m not saying these are causing autism but I know some of these things are not good for you.”

Those issues are what anti-vaccine people focus on when they take to Twitter and professor Vargo says that means only one side of the story is being told. He says the study determined that Twitter users who promote anti-vaccine messages are mostly white and wealthy.

“Folks that tend to have more resources, better health care, more disposable income, better access to health care, those people feel there are more alternatives to vaccines. They certainly feel that vaccines are somehow unnatural and not advantageous. The sociology work in this area tends to say that these people seem to think they can prevent this, they don’t need vaccines – they have other methods of keeping their children healthy.”

Vargo says people who are trying to keep their kids safe with their own resources and going the anti-vaccine route live in states like Connecticut, New York and California.

“Overall in the United States, the two variables that really tended to correlate with higher levels of anti-vacs talk is the percentage of households in an area that made over $200,000 a year and then also the number of new births in an area.”

Lots of new births means in Colorado, Fort Collins is currently a hotbed for the anti-vaccine sentiment where nearly sixty percent of Tweets were negative. Boulder was not far behind.

“Most doctors are on team vaccine, and most Boulderites are on team no vaccine,” said Dr. Steinbock. “The people who question it are typically very thoughtful, very well educated and really trying to do what’s best for their children. There are people in Boulder – where there’s a high IQ level and a highly educated population and I really think it’s a good thing that people should make decisions they feel most comfortable with and what’s right for their own family.”

Professor Vargo says when a child is diagnosed with autism parents want to understand why – and a vaccine gone bad is an easy target.

“If this thing can be explained by just giving a shot or not giving a shot it gives folks what we call wishful thinking and it’s one of the kind of constant drivers behind this myth that I don’t think is ever really going to go away.”

Myth or no myth, Dr. Steinbock believes parents should have the right to make their own decisions.

“There is some research showing that vaccines have not been associated with autism, and I think there’s some questionable in the other direction. My approach has always been to be cautious – is the vaccine necessary. For example, we have not had one case of polio in the U.S. since 1979, do we need to universally vaccinate every infant for polio? Probably not.”

As far as autism, in the 1980s, one child out of every 10,000 was afflicted with autism. Today, one child in every 110 is diagnosed with autism spectrum disorder. At the same time, kids received 10 vaccinations 60-years ago and can receive up to 36 today.
“The information about vaccines is very polarized,” said Steinbock. “So the information is really confusing even to a professional like me who has spent over one-hundred hours on research and it’s still really hard to make heads or tails about whose right and whose wrong because it’s so polarized.”

Bottom line? Steinbock says if you want to make an informed decision, you have to do your homework.