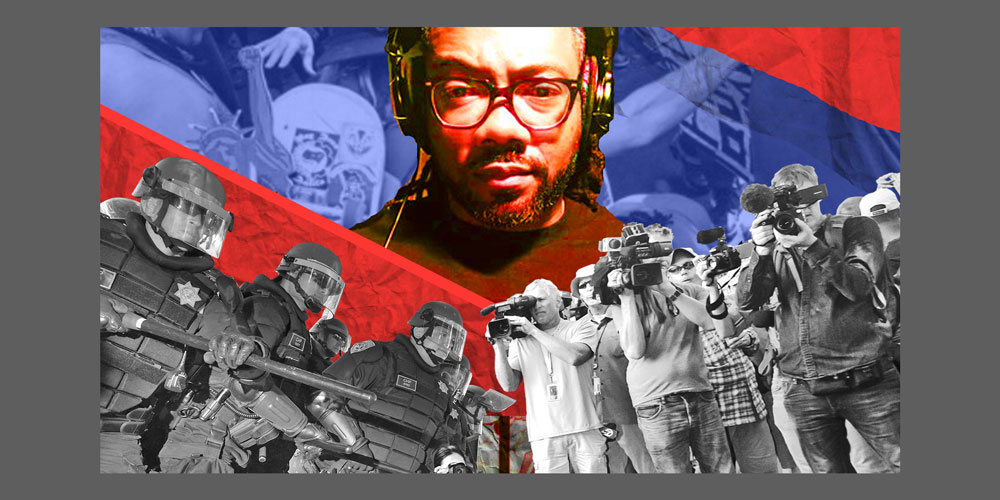 Since Donald Trump’s inauguration, Americans have increasingly turned to the streets to share opinions about the president and his policies. These tensions reached a boiling point last month as violent confrontations rocked Charlottesville, Virginia. There were more clashes weeks later in Berkeley, California, when members of the anti-fascist movement, or antifa, attacked several right-wing activists.

Photo illustration by Michael I Schiller and Ben Fine, photos by Paul Kuroda  for Reveal

A team of our reporters was on the ground covering the event – literally on the ground, in host Al Letson’s case: Witnessing one such attack, he dove on top of a far-right activist to shield him from blows.

Who, exactly, was to blame? The activists on the left claimed their actions were appropriate retaliation for the death of Heather Heyer, allegedly murdered weeks earlier by a white supremacist in Charlottesville. Meanwhile, the right said that antifa activists aren’t fighting fascism; they’re militant thugs whose main goal is stifling free speech.

This week, we’re peeling back the curtain on a new era of ideological clashes around the country. With Berkeley as our focus, we investigate the claims, rationales and actions on both sides – and what’s next.