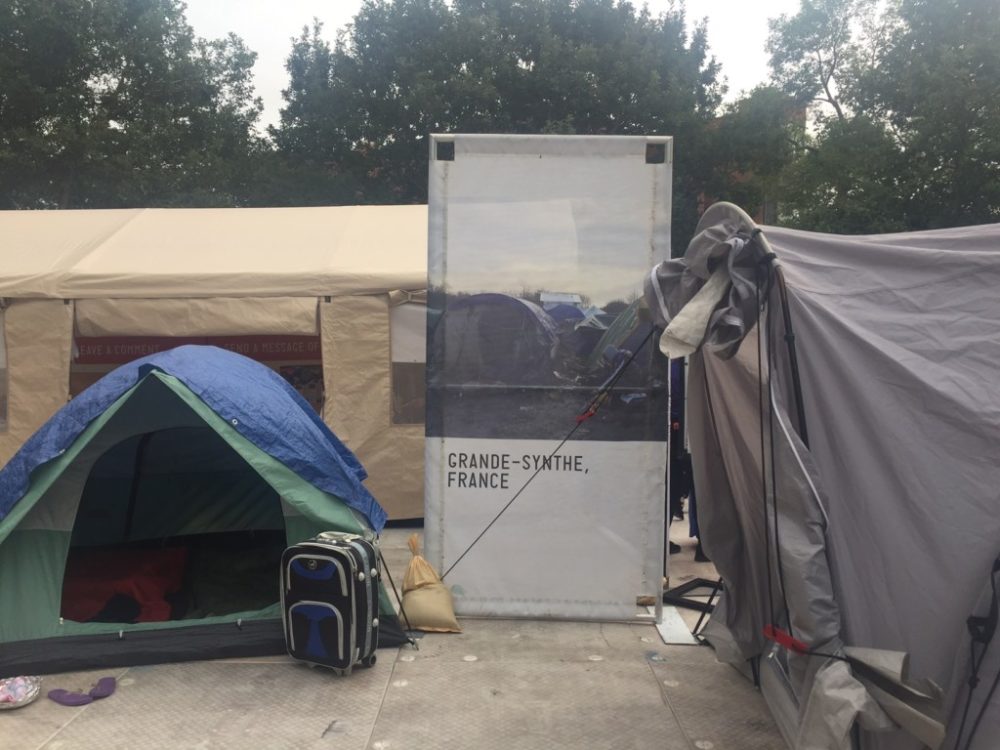 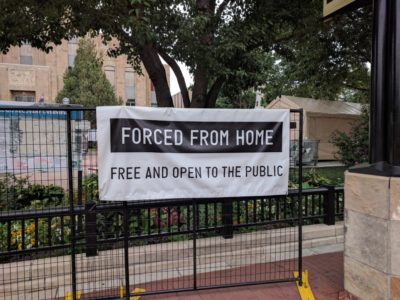 countries. They provide medical relief services in conflict areas and work in many cases with people in refugee camps, people fleeing conflict. They also seek to educate people about the plight of refugees and others in the countries where they work. Their Forced From Home interactive exhibit is open to the public in Boulder, September 4-10, giving the public an opportunity to see what it’s like to be a refugee.

Mark Leirer, an MSF Nurse will be at the exhibit guiding visitors through a simulated reality that faces millions of people around the world. Leirer has worked on several missions with MSF, most recently, in April of this year, he was on an MSF boat in the Mediterranean sea doing search and rescue operations off the coast of Libya.

“When you arrive at the first station post, the 360 dome movie, you are explained what the push factors are that push you out of your home. And to give you a sense of what would happen in a moment of panic when bomb and bullets are flying, you are forced to choose 5 items off a plastic card sheet that’s behind the boards, that have multiple different items that you would have at home, shoes, water, a guitar, medicines, passports and you have to pick 5 of those items that you’re going to take on this journey. And along the tour, you’re forced for different reasons to drop items.  You pay a smuggler, you had to move too quickly, someone extorted you, so it gives you a sense that the reality is you’re not going to be able to take everything with you, you will have to leave things behind you for one reason or another.” 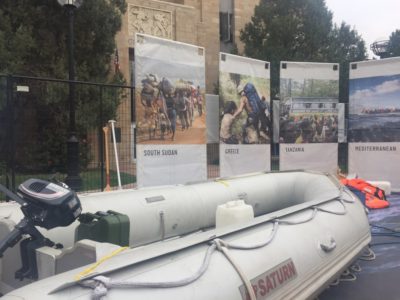 The tour brings people on the journey that a refugee could take, including the dangerous transportation options available – dangerous train journeys or perilous boat journeys. The exhibit has a rubber dinghy that is similar to the ones that cross the Mediterranean sea, overloaded with up to 4 or 5 times the capacity.  People are invited to sit inside the boat and imagine what it would be like to be on such a boat on the open sea for hours, under a scorching sun, hoping to be rescued. “Yesterday we had a couple, a young mother with a little boy and the story was being told and the boy reacted really strongly “Mommy I don’t want this to happen to me,” and the mother started holding him tight saying “no, no, it’s not going to happen, you’re going to be OK.” But I just thought that was very powerful and I couldn’t imagine what was going through her head hearing her little boy and sitting in this boat and thinking what if this was actually our reality. ”

MSF says that none of the ways refugees are traveling are safe, which is why one of the big things they advocate for is safe passage.  “No one should have to take a journey that’s a suicide mission just to find a better fortune.”

After the transit section of the exhibit, visitors move to the Legal Status Area with barbed war and a fence. When people arrive at the start of the tour, they’re given a passport which dictates what their legal status will be. “When we get to this station, we split people up by their legal status. The most important one being an IDP, Internally Displaced Person. IDP basically means that you are stuck within your own country, but you’re forced out of your home….we put those individuals on one side to highlight that they haven’t left their country. Whereas a refugee or an asylum seeker has physically crossed the border and entered into another territory. Once a refugee has entered into a new country, they  hope to seek asylum.” 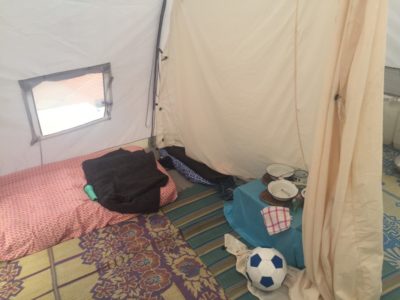 Exhibit visitors will continue on to stations that simulate refugee camps where people often live, sometimes for years.

“Life inside of these camps is not much better sometimes than the places that they’ve left. Space is tight, quarters are cramped, people share a lot of the space with other families or other people that are in the camps. Oftentimes there’s not enough toilets, the hygiene conditions are not great, you’re very exposed to the elements. If it starts to rain or snow, a little tent doesn’t do much for you when the ground is soaking wet. ”

The Forced From Home exhibit is free and open to the public from September 4-10 in front of the courthouse on the Pearl Street Mall in Boulder.