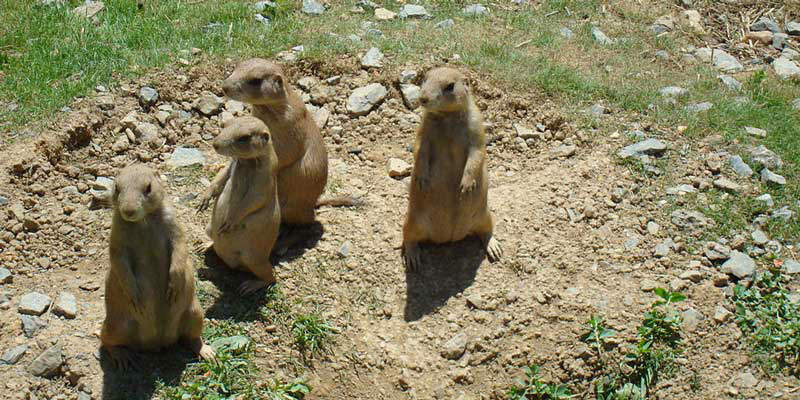 Prairie dog advocates in Longmont are being faced with a hard choice. There’s a colony that will be gassed to death unless they’re relocated, but the only site available is Rocky Flats, the site of the former nuclear weapons plant and now a wildlife refuge.

Deanna Meyer, the Executive Director of Prairie Protection Colorado, a non profit that works with local communities to help find relocation opportunities and to advocate for the prairie dogs, says the city of Longmont is fast tracking the development of the site at 3rd Ave and Ken Pratt by the old Great Western sugar mill, and that has left them with few options.

“The sad part is that with prairie dogs, they’re down to less than 1% (of their previous population) up and down the Front Range and they just have no where to go at all, so what we’re looking at here, when we’re looking at Rocky Flats and when we thought about it and discussed it and everything else, is that we do go to Rocky Flats and we have seen that the wildlife and the plants and everything at Rocky Flats do seem to be doing well, the communities that are there. Now, I am not an expert and I have not thoroughly reviewed the wildlife reports and studies. The ones that they do have at Rocky Flats, which are numerous, don’t show that there’s negative impact on the wildlife. Now those are the ones that are public that we can see.  I haven’t been able to look at the ones over that maybe the Rocky Mountain Peace and Justice (Center) may have some interesting information on that but I haven’t seen those. But to make a long story short here, these prairie dogs are going to be gassed to death in the very near future because they want to start building here. They wanted to start building July 1st…they want to start digging that place as soon as possible.”

Meyer says that the prairie dog advocates have been left with no other choice but to accept the Rocky Flats site “every one of these prairie dogs will be dead in the next month if they don’t have a place to go, Rocky Flats is offering them this opportunity.”

Prairie Protection Colorado says they will monitor the prairie dog colony that is relocated to Rocky Flats for 3 years and that will give them an opportunity to collect data on the site that can be used by multiple agencies and organizations. Meyer says this case exemplifies the fact that there are limited options for relocating prairie dog colonies in this area because of development along the Front Range.

Groups suing to block construction of trails and a visitor center at a former nuclear weapons production facility issued a statement expressing alarm at the proposal to relocate the prairie dogs to the Rocky Flats site.

In a letter to the lawyer defending federal agencies who want to open Rocky Flats to the public, plaintiffs’ attorney Randall Weiner explained, “As we stated in our recent complaint regarding the Refuge, prairie dogs and other burrowing animals can dig as far as 18 feet into the ground . . . . Prairie dogs particularly create deep burrows and wide tunnels, and build surface mounds by accumulating dirt from below ground and nearby surface area. There also are no barriers to prevent the prairie dogs from migrating back and forth between the Refuge and the Central Operable Unit, and then later leaving the site altogether.”

Rocky Flats manufactured plutonium components for U.S. nuclear weapons. In June 1989, the FBI raided the site for alleged violations of environmental laws. The plant shut down and never reopened. Parts of Rocky Flats are on the Superfund list of the nation’s most polluted sites.