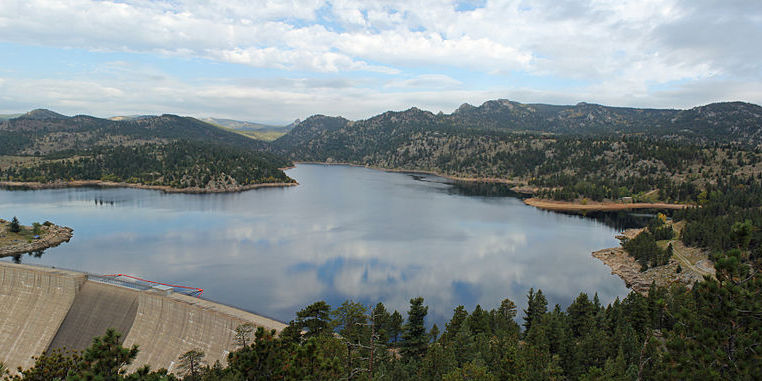 Late last Thursday July 6th, the US Army Corps of Engineers approved Denver Water’s plans to expand Gross Reservoir, which will triple its amount of storage.  The dam is five miles southwest of Boulder, and, if built, will become the tallest dam in Colorado.

Gary Wockner, who is with the organization Save the Colorado, said in a statement that the Army Corps violated the law, adding the dam is not needed.  He also pointed out that the Colorado River basin from which the additional water will come, is already severely drained and depleted.  Save the Colorado is likely to file suit to stop the expansion

Jim Lochhead, who is the head of Denver Water justified the project as being needed for the area’s growing population and the effects of climate change.

But climate scientist, David Bahr who lives outside of Nederland told the Daily Camera that he can’t think of a single good thing to say about the project.  He added that Nederland residents are in for a rude awakening.

It will take five years to expand the dam with heavy truck traffic in the residential area near it.

Listen to KGNU’s coverage of the Gross Reservoir Expansion Project:

For decades, Denver Water, Colorado’s largest and oldest water utility, has diverted river flows from the Western Slope. In 2003, the company announced plans to divert an additional 18-thousand acre-feet from the Fraser River in Grand County to an expanded reservoir in Boulder. This is being done with the hope that Denver Water can satiate rising water needs on the Front Range.  It’s one of many transbasin water diversions that move over a half million-acre feet of water from Colorado rivers in the west to storage basins.  For Connecting the Drops, Hannah Leigh Meyers reports on some of the issues and players in this new proposed Gross Reservoir Expansion Project.