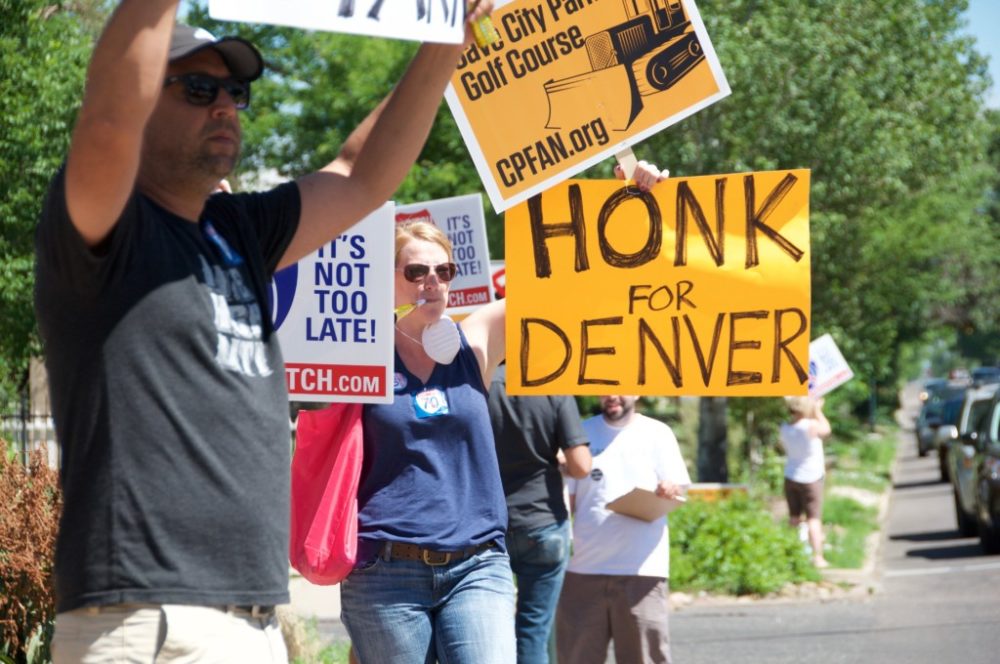 The Colorado Department of Transportation is planning to expand the 10-mile section of I-70 that runs between I-25 and Chambers Road in Denver. The Elyria/Swansea and Globeville neighborhoods will be most impacted, with opponents to the project saying these low-income neighborhoods will suffer from years of construction disruption and that ultimately the project will lead to more gentrification.  CDOT’s plans would see the existing two-mile viaduct demolished and in its place a highway below ground level that will be triple the width of the existing road.

Opponents say the expansion would displace at least 56 households and worsen local air quality.  More than 80 percent of residents in the Elyria-Swansea neighborhood are Latino, and a third of the residents live in poverty. Opponents of the highway expansion used those demographics in a lawsuit to stop the project, saying that poor and minority communities would be disproportionately impacted. In April Federal civil rights investigators found that CDOT’s plan would be less discriminatory toward  Elyria-Swansea and Globeville, than any other option studied.

A group of protestors gathered in Denver on Sunday June 18th, at the corner of 26th Ave & York St., to raise awareness of the impact of the highway expansion on local communities. They were joined by allies from other community groups concerned about a massive ditch project in Denver and the redesign of City Park golf club as part of wider flood management. 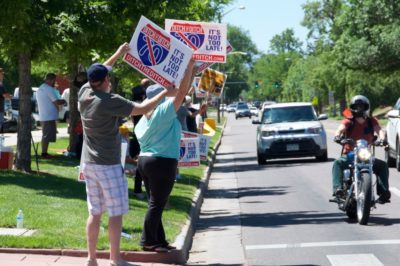 Last year, Denver City Council approved an increase to the storm water fee which would finance some major storm water improvements in the city including the Platte to Park Hill project which includes a 1 1/2 mile above ground channel that would carry water to the Platte, along 39th Street. A detention area will be developed in City Park, to allow the city to contain the water and slowly release it into the existing pipe system with a view to reducing flooding.

Candi CdeBaca, the founder of the neighborhood group Cross Community Coalition told KGNU’s Dave Ashton that the drainage projects must be completed before the I-70 expansion can begin and that’s why the projects are all connected.

“In the contract for the I-70 ditch, the stormwater protection, the 100 year protection has to be done first before they can begin construction on the actual I-70 ditch.”

CdeBaca says that CDOT is going against a national trend of scaling back on urban highways.  “We’ve watched cities across the country and across the world really, taking down urban interstates. We’ve recognized that in the ’50s and ’60s it was a mistake and they were designed for military, and now we know the health impacts, we know the community impacts of interstates. And so other places are taking down freeways while we’re here expanding, tripling the size of a freeway through an 84% Latino neighborhood.  But we’ve already seen the impacts here: 7% higher rates of  asthma, cardiovascular death, cardiovascular disease, cancer and we’re digging through the most polluted site in America.”

CdeBaca says that as Globeville is a superfund site, construction from the highway expansion will release toxins into the air. Globeville was recently designated as one of the most polluted zipcodes in the US, as a result of decades of industrial activity, which contaminated the soil with lead, arsenic and heavy metals.

Brad Evans of Ditch the Ditch says that all people who live in Denver should be concerned about the stormwater projects and the I-70 expansion. “There is a couple of billion dollars going into this that we’re all paying for.”