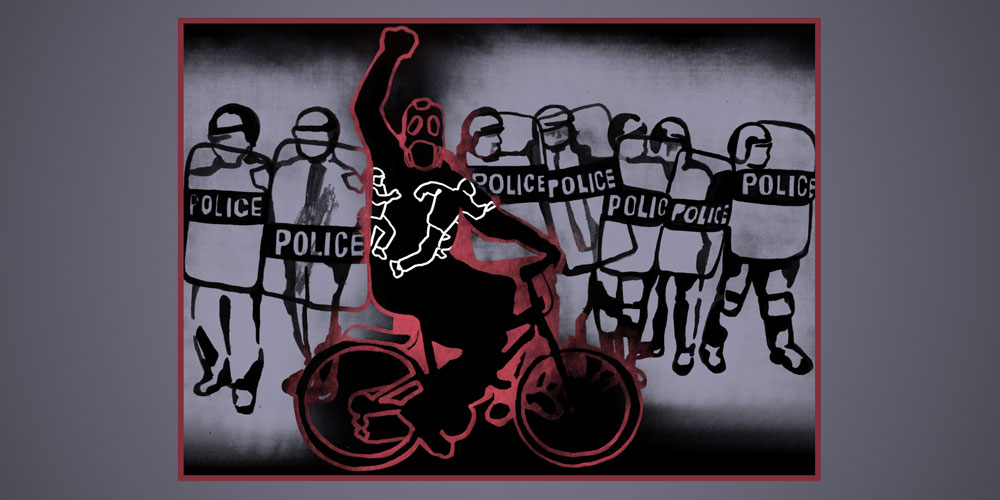 In cities across America, black men are on the run. On April 4, 2015, in South Carolina, Walter Scott was killed while running away from a police officer. Eight days later, Freddie Gray ran from police in Baltimore. He was caught and later died in custody. By Reveal staff. Image: Anna Vignet for Reveal

On this episode of Reveal, we team up with WYPR to explore the consequences of fleeing from the police through two stories, both set in Baltimore.

Reporter Mary Wiltenburg opens with the story of Greg Butler, a young man who took part in protests in Baltimore after Gray’s death. He ran from the cops after cutting a hole in a fire hose with a pocketknife – a symbolic act, he thought. But since that moment, he’s dealt with the consequences, including federal charges filed against him in which he faced up to 25 years in prison.

We also hear from WYPR reporter Mary Rose Madden, who unpacks the case of another man who was killed while running from Baltimore police – seven years before Freddie Gray. It raises questions about how courts handle claims of civil rights violations. But unlike Gray’s death, this one got no attention and barely a mention in local media at the time.

Hear the story on Reveal.