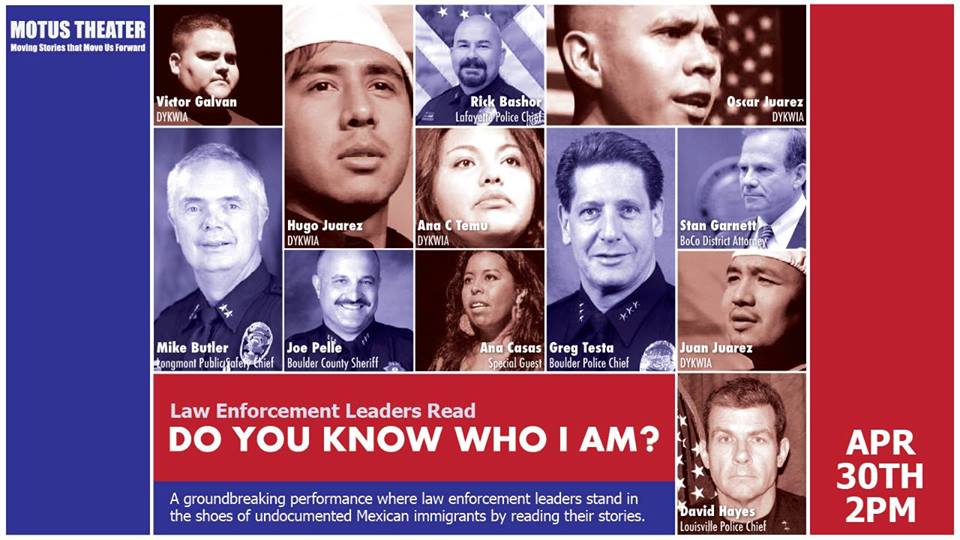 Do You Know who I am is a MOTUS theater piece comprised of monologues written and performed by immigrants, the vast majority of them undocumented immigrants. On Sunday April 30th there will be a special version of this piece performed at the Dairy Center in Boulder, but instead of the immigrants doing their own monologues, local enforcement and public safety officials will read their words.

Mike Butler, Chief Safety Officer for Longmont, says local public safety and law enforcement officials want the immigrant community to know that they belong and are welcome in Boulder County “they’re not different than us or anybody else, just because they happen to have that status of immigrant. We’re not concerned at all with anybody’s immigration status.” 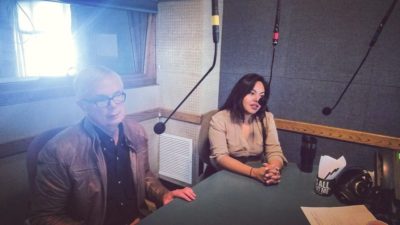 Ana Temu, who was born in California, is the only monologist in Do You Know Who I Am that is not undocumented.  As many members of her family are undocumented, her story illustrates the complex nature of immigration status in the country.  “It comes with a lot of survivors guilt from every single aspect.”  When she was 15, her uncle was deported “My entire family…even if they’re documented or not, they still feel guilty for being able to stay in the United States and not have to go to a violence ridden country…so it really takes a toll, especially with what’s going on today…scared, living in fear, uncertain that we’re going to be torn apart on any given day.”

Mike Butler will be reading the monologue by Hugo Juarez. He says its been a humbling experience to be able to participate in the project. “I think I am ultimately just standing with Hugo and representing public safety, but at the same time representing Hugo and a population and a community of people that we want to be partners with.”

Ana Temu says she hopes Sunday’s performance will change the conversation on immigration, in the law enforcement community and in the wider community. “We really want this performance to impact the public safety officials that we have coming because we know that they are in those positions of power and the way that they perceive and perpetuate how we see immigrants and how we see undocumented people in society is really going to affect our communities and it’s really going to affect how we live our lives, our day to day lives.”