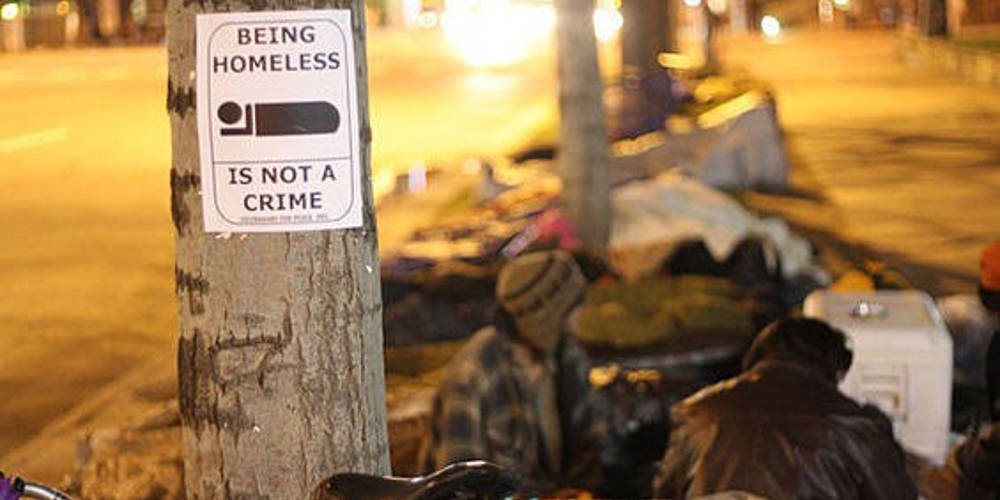 “Denver’s effort to get people off the streets is through police, not homes. They’re spending more resources policing and jailing…rather than putting dedicated resources toward homes.” -Terese Howard, Denver Homeless Out Loud

The trial of three defendants charged with violating Denver’s urban camping ban begins on Tuesday, April 4th. Terese Howard, Jerry Burton, and Randy Russell were arrested after they defied a police order to move along from where they were sleeping on November 28th, 2016.

One of the defendants on trial is Terese Howard who is not homeless. She spends a lot of time on the streets supporting the homeless community with her organization, Denver Homeless Out Loud. Denver Homeless Out Loud is currently fighting the urban camping ban in a number of ways including a federal class action lawsuit, this case in court, a state level bill, and addressing the Denver city council.

The camping ban has been heavily criticized by homeless advocates who say it criminalizes homelessness. A video of police confiscating blankets from homeless people in Denver went viral last year, prompting Mayor Michael Hancock to stop the confiscation of survival gear like tents and blankets.