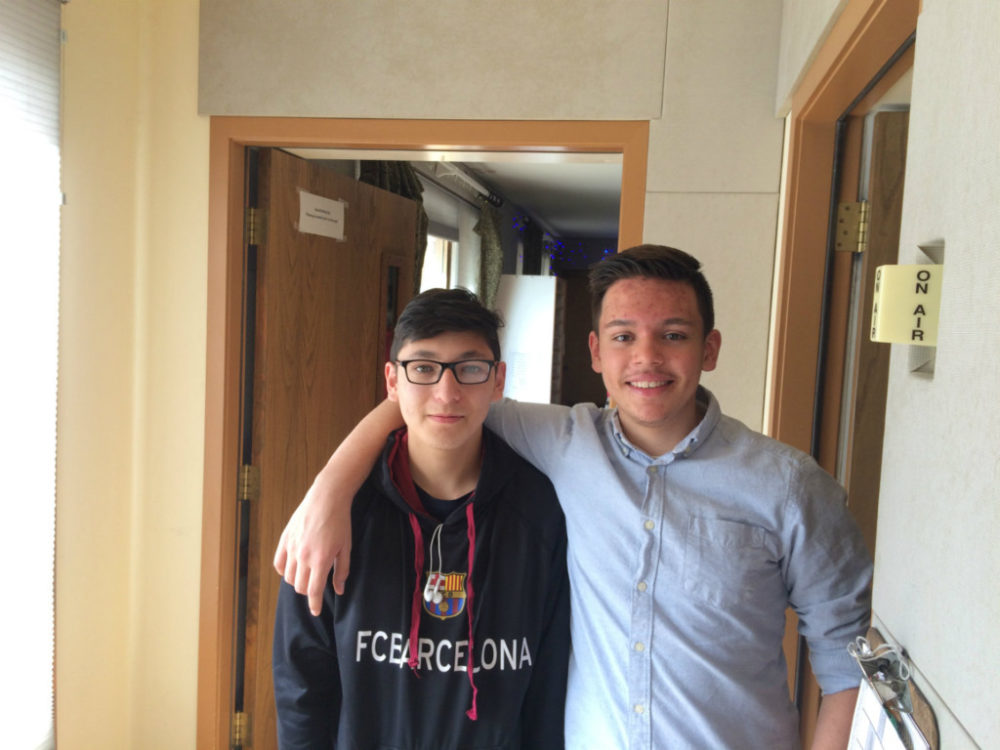 18 years old
My father crosses the border.
The first time with a coyote
who for a bundle of cash
guides them, the invisible people,
helping them to slide under fences silently
as traceless as shadows in the night.

8 times back and forth
His solitude in the desert kept him sober
Bringing his siblings to America
One by one.

Tired but accomplished he looked for his first job
looking for that opportunity that brought him to America in the first place.

Job after job, he is turned away.
Restaurants with Help Wanted signs shrug and say
We don’t employ “illegals.”

Opportunities fleeting, slipping through his fingers like a handful of sand.
Is he wrong for trying to build a better life for himself and his children?
What about my father is “illegal”? His fierce love for his family?

He promised he would provide for them.
He knew he couldn’t leave his promises unfulfilled,
for they had faced enough already.

His once young face, now wrinkled.
Evidence of his sacrifice.

Forced to deal cocaine for a short period of time.
Realized he traded one corrupt country for another.
Yearning for the summer days he played soccer on the streets of Jalisco,
yearning for familiar faces, smells, sounds.
When he looks into the faces of his children,
their eyes wide open, full of hope;
he knew he must keep fighting.

Eventually he grew old.
His children:
the oldest is premature the second is immature
and ran away, the third is considered a failure even to this day.
The fourth is his “last hope.”

As the “last hope” I know I have to become successful for my family.
My father fought too hard. Sacrificed too much.
The pressure of this expectation is sometimes crippling.
Every day, I am afraid of letting him down.

My education written by and for the white man.
My history is never found in textbooks.
Stories and voices of my ancestors erased;
only a trace of our presence remains like white dust on a chalkboard after the words are erased.
Forced to blend in, to assimilate.
To lose who we are and who we were.

We have faced enough already.

When police nearly knock down my front door
Guns pointed to accuse my brother and I stealing an iPhone 6
“We tracked the phone here!” their voices pierce through the comfort and safety of our home.

When my cousins and I are playing soccer on a weekend at our high school
and a woman yells,
“Y’all Mexicans are only good for hopping fences. You’re trespassing!”
Her voice filled with hate, fear, ignorance.

Where does this leave me?
Always an immigrant.
Always crossing borders.
Country-less.

Being judged of my physical features and the background I come from.
Am I Mexican because this is my where my parents are from?
Am I American because I was born here?
Am I am just an anchor baby?

Because he had faced enough already.