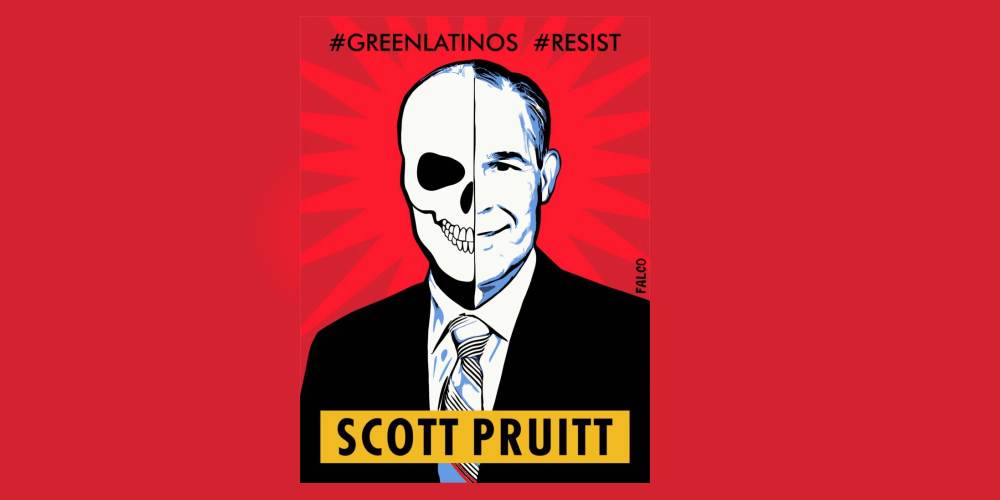 Senator Cory Gardner has been bombarded with phone calls, letters, email and visits from constituents across Colorado who are urging the Senator to take action on several issues including the repeal of the Affordable Care Act, President Trump’s immigration ban and several of Trump’s cabinet nominations.

This Friday, conservation activists and members of the Latino community will add their voices to the growing chorus of people urging Senator Gardner to block the nomination of Scott Pruitt as head of the EPA.

Hilda Nucete, Protégete Program Director at Conservation Colorado, says that Scott Pruitt has a poor record on public health and environmental issues.  “For years he has cemented his career in urging the EPA to block and eliminate essential safe guards to protect our families from water and air pollution.  And that is why we need to make sure that this person is not going to be the head of our Environmental Protection Agency.”

Nucete says the Latino communities need to have their voices heard when it comes to protecting the environment as they disproportionately bear the brunt of environmental pollution.

“We know that Latino children are 3 times more prone to having asthma than any other ethnic group in the United States. And it is valuable that our communities voices are heard because they have not been put at the forefront.”

Senator Gardner has been criticized for labelling many of those who have contacted his offices as paid activists from outside the state. Nucete says that her organization has tried to contact the Senator several times but has not had a response. “My whole team for the past month has been trying to reach Senator Gardner’s office through our volunteers doing calls, sending letters and there has not been any response. And we want to make sure that Senator Gardner is Colorado’s Senator and that he is advocating for our community and listening to us and that is something we are not receiving.”

On Friday, February 3rd, 2017 11:00AM-1:00 PM,  Colorado’s Americas for Conservation and the Arts and Protegete with GreenLatinos will join with other Colorado organizations & leadership at the Denver office of Senator Gardner (1125 17th Street, Suite 525), to urge him to oppose the nomination of Scott Pruitt to head the EPA. The gathering will include Latino artists, activists, voters, and luminaries to let their voices be heard and promote through advocacy, action, and art their strong opposition to President Trump’s anti-environment cabinet nominees and policies.