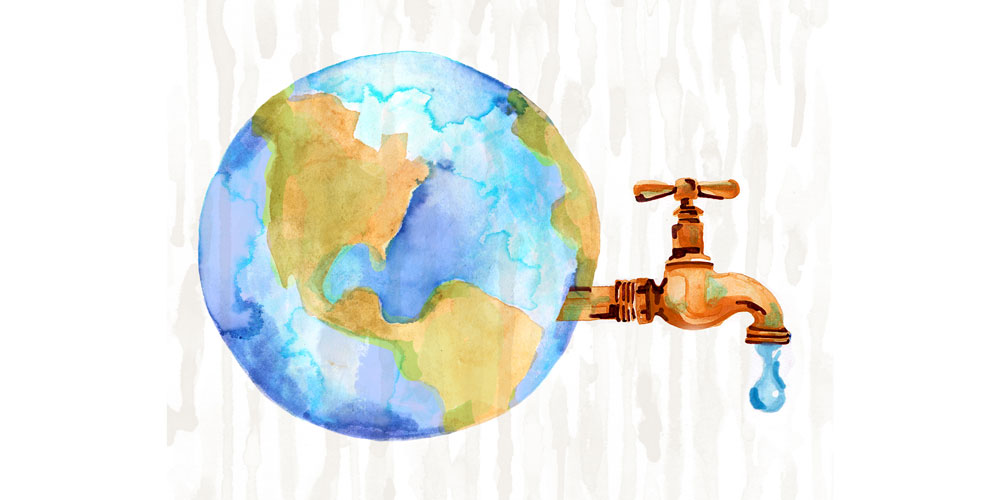 Next to the air we breathe, it’s the planet’s most precious resource: fresh water. And it’s disappearing. The world’s largest food company describes the lack of water as a looming catastrophe that is expected to play out in the coming decades. In this episode of Reveal, we look at what’s happening in places that already are running out of water.

Image: One of the planet’s most precious resources, fresh water, is disappearing. In this episode of Reveal, we look at what’s happening in places that already are running out of water. CREDIT: Anna Vignet for Reveal

First we go the Middle East, where water shortages have led to fighting in Yemen. The country is locked in a civil war that’s killed more than 10,000 people. From the outside, it looks like a sectarian conflict, but we explore the root causes of what may be the world’s first water war.

Closer to home, we check out what’s going on in California, where farmers are pumping up enormous amounts of groundwater to keep their crops alive. This is taking a serious toll on the land, which has been deflating steadily – like a leaky air mattress. Reporter Nathan Halverson takes us to the fastest-sinking town in America and talks with scientists, farmers and residents about what this means for some of the nation’s most productive farmland.

One of the biggest consumers of water is meat production. It takes a staggering amount of water to produce just a single hamburger patty. But what if there were a way to re-create the burger using a fraction of the water? We go inside the new world of lab-made alternative meats, where cutting-edge science is trying to create a less-thirsty hamburger without sacrificing taste.