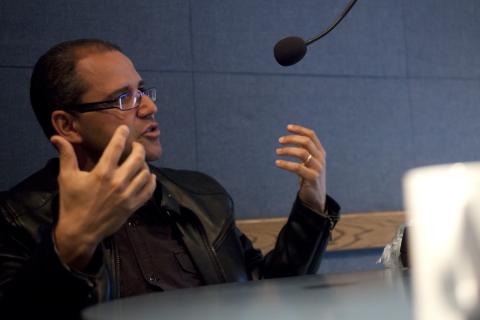 “I think we are now revisiting some of these demons that have haunted the history of this country and it’s really not just about Muslims, it’s about saving the soul of this country.”

Nabil Echchaibi is chair and associate professor of media studies and associate director of the Center for Media, Religion at the University of Colorado. He is the director of their Muslims in the Mountain West Project and is currently writing his book, “Unmosquing Islam: Muslim Media and Alternative Modernity.”

Echchaibi says he is heartened by the outpouring of support from the American public which lead to protests at airports around the country.

“I think this is very comforting and reassuring but still, this is an administration unfortunately that instead of acting as a voice of calm, is really acting increasingly as a lightening match trying to pit one group against another. This is very dangerous, it’s reckless, it’s no longer funny or curious…this is downright reckless.”