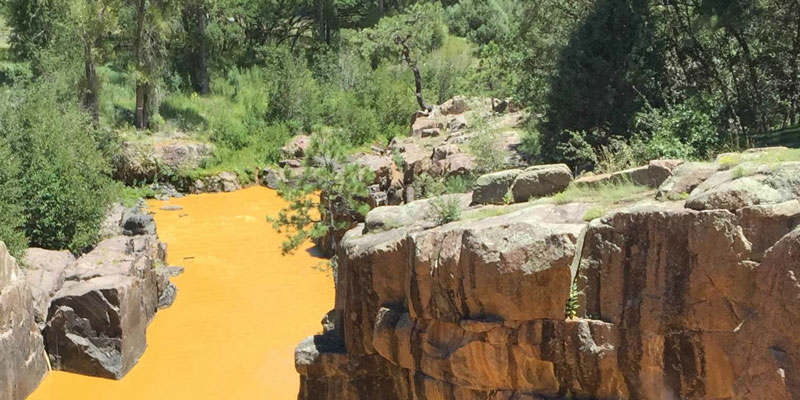 There’s mixed reaction to the Trump administration’s freeze of Environmental Protection Agency awards and grants and what it means for Colorado. Bente Birkeland has more.

In a statement, Governor John Hickenlooper says it’s not clear how broad the order is – and for how long it will last.

Democratic Senator Matt Jones is the point person in his party for energy and climate change issues, stating “Any administration can come in and review this kind of stuff but to shut things down and to censor employees. I’ve not seen that.”

The agency was also told not to communicate with the public through social media and press releases.  Republican Senator Don Coram of Montrose says everyone wants clean air and water but says sometimes the EPA can be a detriment.

State agencies didn’t want to talk on the record, saying they still need more information from the federal government to figure out next steps.

Image: Animas River near Durango after the 2015 Gold King Mine Waste Water Spill