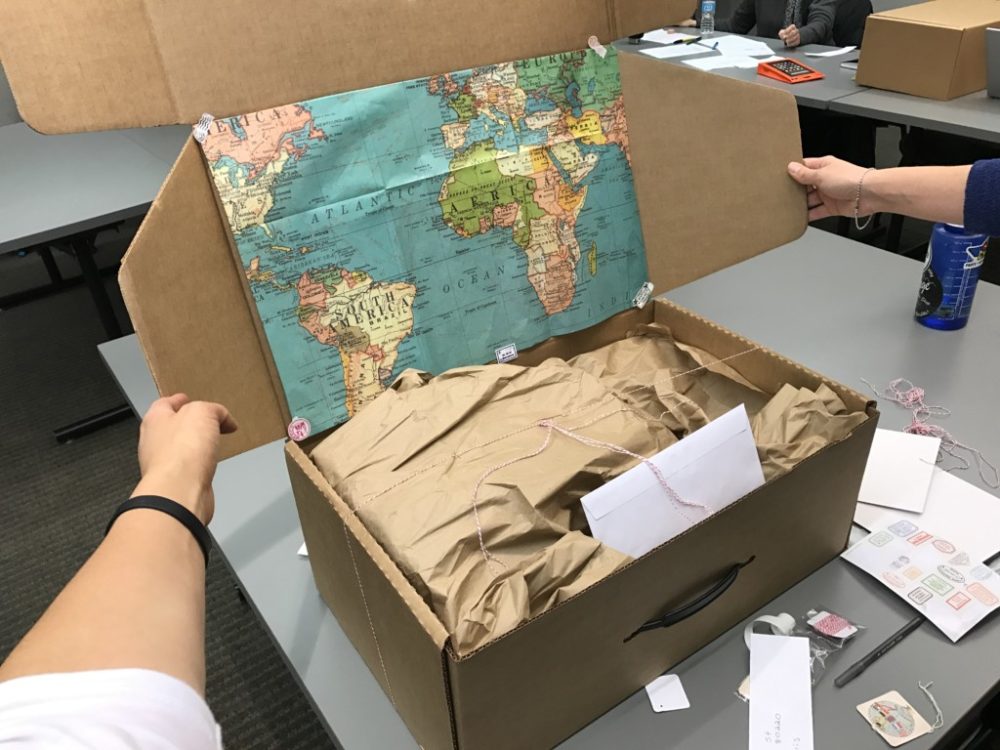 Earlier this week, volunteers gathered in Denver to create welcome kits for refugee families in Denver. It was a collaboration between the group Because I Said I Would and Denver’s African Community Center which supports refugees in the city. Alice Porter, coordinator of the Denver chapter of Because I Said I Would told KGNU’s Jennifer Murnan that the volunteers put together home care packages for the refugees to include items that they really need. “We put together a little box with rice and beans and canola oil and a rice cooker and we put a little Firefox I Pad amazon thing in there also which was really cool.”

The volunteers also wrote letters to the families to welcome them to the US and to Denver. In all 20 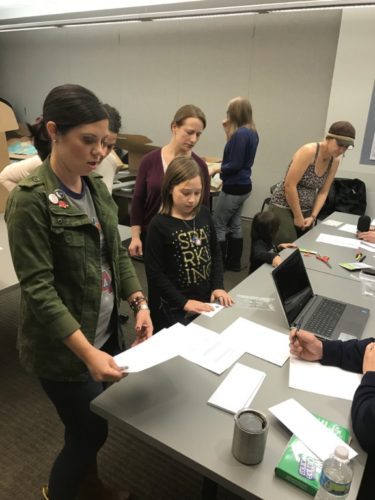 boxes were assembled and delivered to local refugee families. One of the volunteers was Jenny Ellis who brought her daughters to the event.

“Tonight I wanted to bring myself and my daughters and just be a part of the community with them as a family. We have been volunteering different places the last 6 years and I feel it’s very important to pass empathy and a sense of community and a sense of the whole world onto the next generation. And being a solo parent and not hardly ever making ends meet, I know what a struggle it is to make it and I want to bring up and lift up everybody around me.” Ellis was one of the volunteers who hand delivered a box to a refugee family in Denver.

The national Because I Said I Would group was founded about 4 years ago by Alex Sheen and encourages and supports making and keeping promises to end suffering, establish peace and build happiness. The Denver chapter was founded 5 months ago.