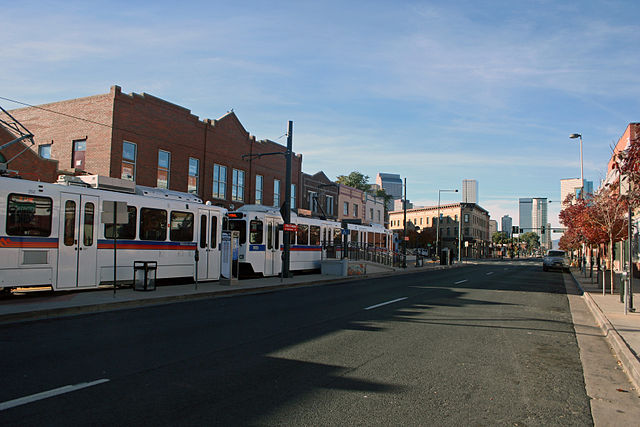 img. Five Points in Denver is one of the communities identified by teenagers, where gentrification is leading to negative health outcomes.

“When you think about health and wellness and getting outside and moving around, that’s pretty significant if young people are not wanting to go outside and be outside moving around… it has some pretty unintended consequences of a community development initiative.”

A recent study that looked at barriers to wellness for young people in 5 US cities, shows that gentrification and policing are posing significant health obstacles to young people in Denver.

Linda Sprague Martinez was the lead author on the study that was conducted through the Center for Promise, the research institute of America’s Promise Alliance, in collaboration with the Boston University School of Education.

Sprague Martinez says the study relied on youth researchers in each city to identify major issues facing them every day.  Around the country, young people identified stress, feeling unsafe due to racial bias, a mistrust and fear of police which leads to anxiety and avoidance of public places, and a lack of access to community resources, as issues facing young people.

Some of the major issues identified by the youth researchers in Denver was a growth in negative interactions with police due to gentrification, forcing teens to stay indoors.

“So they talked about feeling initially that their community was neglected in the sense that there was not a lot of investment in their area, but as the area was beginning to develop – there was new building going on – then suddenly they went from being not looked at at all to really being surveilled and feeling like they were under surveillance and places where they might go downtown and hang out and walk around, they wouldn’t go there any more, because they didn’t feel welcome, they didn’t feel as though they belonged.  And they felt like these new efforts had a negative impact on their relationship with the police.  And they talked about how that led some young people to not go outside and not walk around.  When you think about health and wellness and getting outside and moving around, that’s pretty significant if young people are not wanting to go outside and be outside moving around, and they’re just hanging around inside – it has some pretty unintended consequences of a community development initiative. So it’s important for young people to have a seat at the table, otherwise we wouldn’t be having a conversation about it.”

Shontel Lewis was the coordinator in Denver who brought the group of youth researchers together. She says that Five Points, Stapleton, Montbello and Aurora were all identified as areas where gentrification were impacting young people’s health.

“In Five Points particularly there was a concern of police interaction.  The youth felt as though, because the neighborhood had changed so much, there was an increase of policing.  And with this increase of policing within the neighborhood, the youth felt as though they could not leave the house because they were concerned that they would not return.  They were also receiving some grief from their parents with staying in the house.”

In addition to identifying gentrification and policing as issues negatively impacting young people, the youth researchers also identified a lack of comprehensive sex education as contributing to unhealthy behavior.

“Understanding the changing of the neighborhood in terms of gentrification and the increase in policing with the changing of the neighborhoods, and youth feeling as though they don’t have anywhere to go and instead staying within their houses…and engaging in not healthy sexual practices because they didn’t have anywhere to go.”

Lewis said as a result of this research project, the youth researchers identified a  need for comprehensive sex education at schools. They also identified a need to have bridge between the police and the youth, through conversations or positive interactions. “They just want the opportunity to know who the police are that are policing them and they believe that that could help with police relations.”

The youth also identified the need for a safe place in the community where they could hang out with other young people.