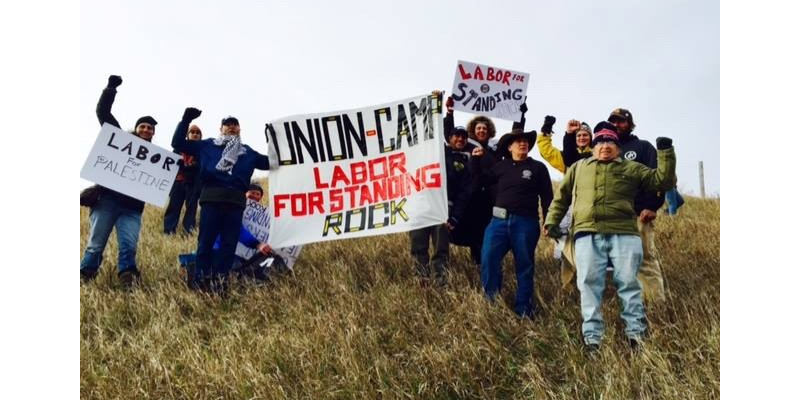 “Even though it was somewhat predictable, [it] has really represented a major split in the organized labor movement in this country, which has opened up a much larger conversation on where labor goes from here.” Cliff Willmeng, Union Member.

Cliff Willmeng, a Lafayette resident, a registered nurse and member of UFCW Local 7 (United Food and Commercial Workers International Union) recently returned from Standing Rock in North Dakota, where he joined  a delegation of union members in support of the water protectors.  The delegation was in response to the AFL-CIO issuing a statement that they are supporting the Dakota Access pipeline (DAPL.)

“Richard Trumka who is the President of the AFL-CIO really embodies the business unionism that has dominated the labor force for a very long time.  This is basically the strategy of aligning yourself with the ownership class and the bosses in hopes of getting a few morsels out of any given project to bestow upon a few union members of course.  The pipeline itself will ultimately reduce jobs – there would be no purpose to the pipeline if it increased labor costs.  His announcement, even though it was somewhat predictable has really represented a major split in the organized labor movement in this country which has opened up a much larger conversation about where labor goes from here.”

“The way the Energy Transfer Partners…wants to line up the narrative here is that we are opposed to the pipeline workers, which simply isn’t true because they are our sisters and our brothers in the union movement.” 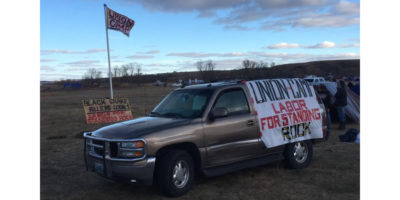 Willmeng has been working for several years to block fracking in East Boulder County. He recently worked on an effort to have the City of Lafayette issue a formal resolution standing in solidarity with Standing Rock. He sees the situation in Standing Rock as very similar to the issues facing the citizens of Boulder county and other places in Colorado that are trying to keep fracking out of their towns.

“With the Boulder County Commissioners now considering lifting the moratorium (on regulations about oil and gas) , we the people here in Boulder County are ultimately going to face a similar situation where the legal system has failed us and the only methods we have to protect ourselves and our land start to look more in terms of civil disobedience that you would see up there in Standing Rock.”