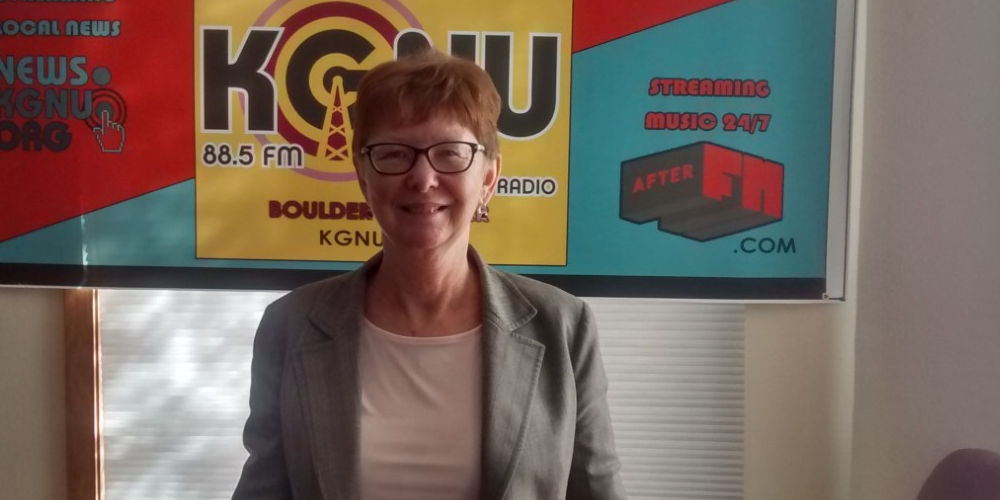 Maeve Conran sits down with Alyson Kennedy, one of the 22 candidates for president on the Colorado ballot to discuss the Socialist Workers Party. Kennedy talks about the party and its positions on the economy, climate, foreign policy, and immigration.

“The main reason why we run in elections is it offers us a way to get out our views, but we also explain that the elections isn’t going to get working people anywhere.”

Kennedy and the Socialist Workers Party advocate for working people to be active in protesting the inequalities they face in everyday life. The elections offer a false hope for working people by making it seem as if change will come based on a vote when that really has not been the case in the past. One of the big reasons the Socialist Workers Party is getting more interest, according to Kennedy, is the continued stagnation of wages and the lack of effort by the two main parties to improve the lives of working people in the United States.

“This crisis is caused by capitalism itself. It’s the system. The capitalist system that puts profits ahead of everything. That’s the problem.”

The Socialist Workers Party argues that capitalism benefits the ownership of large corporations when the economy is growing, but these profits do not make their way to the working class that keeps the corporation working. When the profits begin to decrease, the cuts begin in the workforce to protect the profits of the company, and the top management, with little regard to the workers. This is why wages for workers have stayed stagnant while corporations have made enormous profits.

Kennedy believes that capitalism is exploiting the environment in the same way they are exploiting workers. According to her, the environmental impact of these fossil fuels could be limited if the companies used available technology, but they do not because it is expensive and would cut into their profits. If the Socialist Workers Party won, they could change the “profits first” philosophy and fix the environmental problems we are facing.

“Our proposal is we need a massive public works program in this country…the infrastructure in every city could be rebuilt…but that’s something that the labor movement and the working people are going to have to fight for.”

The Socialist Workers Party believes they can put people to work on projects that will help improve the country like rebuilding infrastructure. Not only would this put people to work, but it would also be addressing the needs of the people and not just the corporations.

“We oppose the U.S. involvement in the Middle East. They’re there only to protect their power in that region of the world.”

Kennedy discusses the foreign policy of the United States and specifically actions in the Middle East. She believes that as the U.S. becomes more involved in the Middle East, the problems are multiplied instead of being fixed. The Socialist Workers Party is in favor of withdrawing U.S. forces from that area of the world.

“Immigration is used politically by the U.S. Government…if they need more labor from immigrants, they’ll let them in.”

The Socialist Workers Party wants to end deportations, E-Verify, and close the criminal detention centers that are holding immigrants. Kennedy discusses how the immigration policies and the hiring of immigrants is an exploitative practice to provide cheap labor and also drive down the pay for Americans who are trying to get jobs in the same industries. Instead of fighting against immigrant workers, Kennedy thinks the American and immigrant workforce needs to band together to fight for better conditions for everyone.

“Every other party in the election -Democrats, Republicans, Greens, Libertarians- all have views that capitalism can be made to work better. We don’t think it’s possible.”

In Kennedy’s view, capitalism lies at the heart of the issues facing the United States. The working people bear the brunt of all the problems that stem from corporations exerting their efforts on the governments of the world. The Socialist Workers Party wants to eliminate capitalism in order to make things better.

“If elected, I would use the office of president to organize and support every worker’s struggle.”

Kennedy predicts that workers will begin to organize, and they will start to work against the oppression of a capitalist society. As this happens, and workers gain more success getting these rights, the movement will spark a revolution that can re-organize society and governmental power.

“In the coming years, we’re going to see much bigger struggles by working people for our rights. It’s only a matter of time.”

Alyson Kennedy is running for President of the United States along with Osborne Hart as her running mate for vice president.