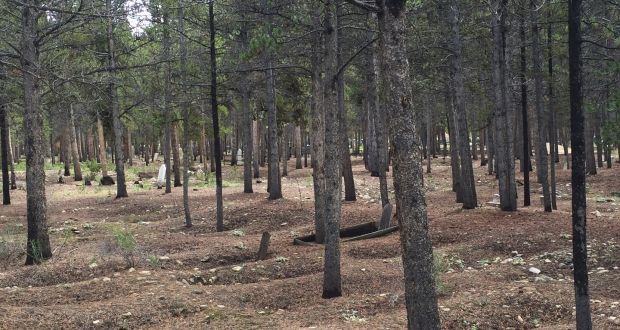 “That’s one of the ways that history can be a tool toward having an impact on political discussions currently.”

The Irish Consul General will attend a ceremony in Leadville Colorado this weekend commemorating almost 2000 unmarked graves of Irish miners.  Historian Jim Walsh, a professor at CU Denver and the founder of the Romero Theater troupe has spent years researching the stories of the Irish miners of Leadville.

“The 1880 census reflects nearly 3,000 Irish born people in Leadville, today that’s more than there are total in Leadville, so the Irish community in Leadville in the 19th Century was quite large. Based on the 1880 census it was the most Irish place per capita between San Francisco and Chicago.”

Walsh says that the story of these migrants can help inform us about a more human immigration policy today.

“This 19th century story is unknown and it’s not taught in schools. The fact that the Irish back then in this region were so poor, were so desperate, were so transient, that’s really not a story that is known.  We tend to glorify the Irish American story, it usually starts with the famine and quickly turns to the success that the Irish have had in this country, and that’s very true, but we don’t face these stories. And I think there might be potential in this story to connect Irish Americans to the current immigration debate that we’re having as a nation in terms of understanding that our own ancestors were once targeted and treated like immigrants today are being treated and talked about.  There’s a direct connection in terms of the difficulty of the work they performed, there’s a direct connection in terms of their Catholicism, there’s a direct connection in terms of how they had to face up against discriminatory policies and de-humanizing practices.  And so that’s one of the ways that history can be a tool toward having an impact on political discussions currently.”

The Irish Consul General will participate in an event looking back at the Irish in Colorado, on Thursday September 29th at the Molly Brown House in Denver and then on Saturday October 1st, there will be a day of events in Leadville, commemorating those Irish miners who lie in unmarked graves.