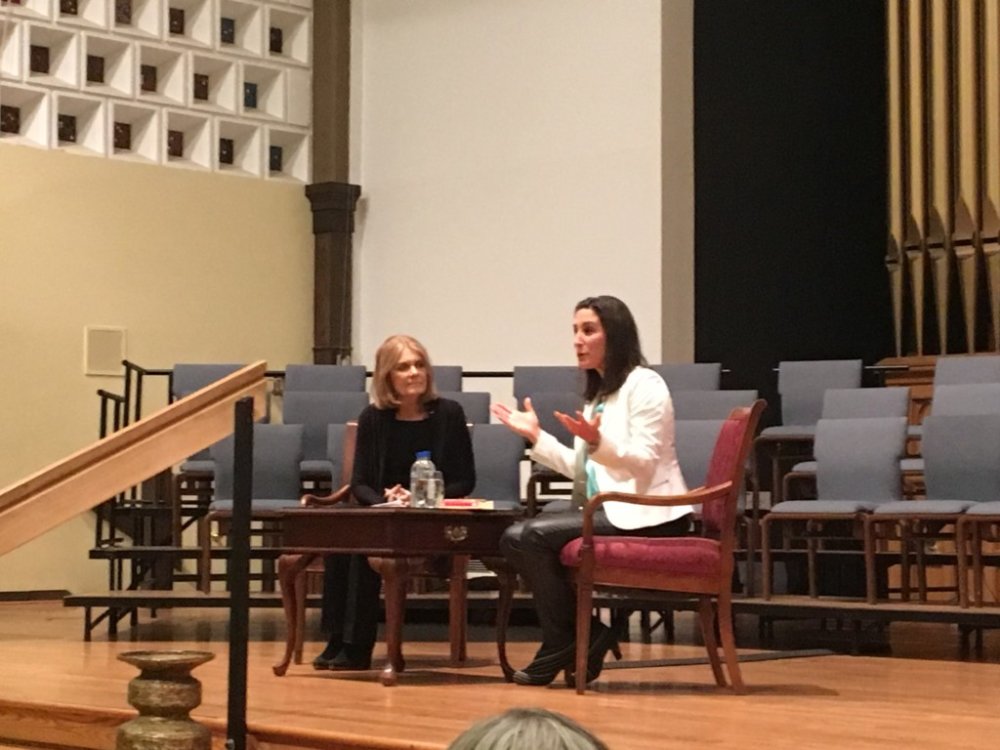 “I think the younger generation is really energized on its own and we just have to support what their issues are.”

Feminist, journalist and political activist Gloria Steinem was in Boulder recently speaking about her latest book “My Life On The Road.” Claire Woodcock went to the book signing at the First United Methodist Church, sponsored by the Boulder Bookstore and spoke to Steinem about her support of Hillary Clinton and her thoughts on engaging a new generation of feminists.

“I think the younger generation is really energized on its own and we just have to support what their issues are. I mean, young women are mad as hell that they’re graduating in debt and going to earn a million dollars less over their lifetime to pay the debt back.”

Steinem moved to New York City in the 1960s, where she worked as a journalist and activist, eventually headlining the movement known as the second-wave of feminism. She went on to co-found Ms. Magazine, a publication for women’s rights and concerns. She’s now on a national book tour and using that as a platform to campaign for Hillary Clinton.

“I think that the key to it is listening to young women and what’s hurting or what could be better or what they’re mad as hell about or excited about and making the connections between that and the political structure and supporting what they do.”

Rosiland Wiseman, the author of the New York Times best-selling book “Queen Bees and Wannabes: Helping Your Daughter Survive Cliques, Gossip, Boyfriends, and Other Realities of Adolescence,” inspiring the 2004 cult film Mean Girls led a conversation with Steinem at the event.  She said that she’s been inspired by Steinem’s work.

As a parenting educator, Wiseman agrees that it’s important to listen to voices of younger generations.

“One of the things that she does that I think is really important that I’ve tried to do is that I work with young people, they are the experts. I have to go to them for them to tell me what to do. I don’t ever presume to tell them what they need.”

After leading the brief dialogue with Steinem about her memoir, she opens it up to general audience questions about the media, the internet and the election, allowing Steinem to expand on her talking points on republican presidential nominee Donald Trump. Which worked, for the most part, seeing as a lot of the women in the pews were from the same generation as the Clintons. But Beth Hartman is younger. She looks like she’s in her late 20s and works for a clean energy company in Boulder. I caught up with her about the event afterwards.

“Women together can be powerful and telling our stories collectively can help to change the narrative of humanity collectively.”
Admirers of Steinem’s long history of leadership in the women’s liberation movement had dreamt of meeting her. What we didn’t know was that Steinem also dreamt of meeting us.