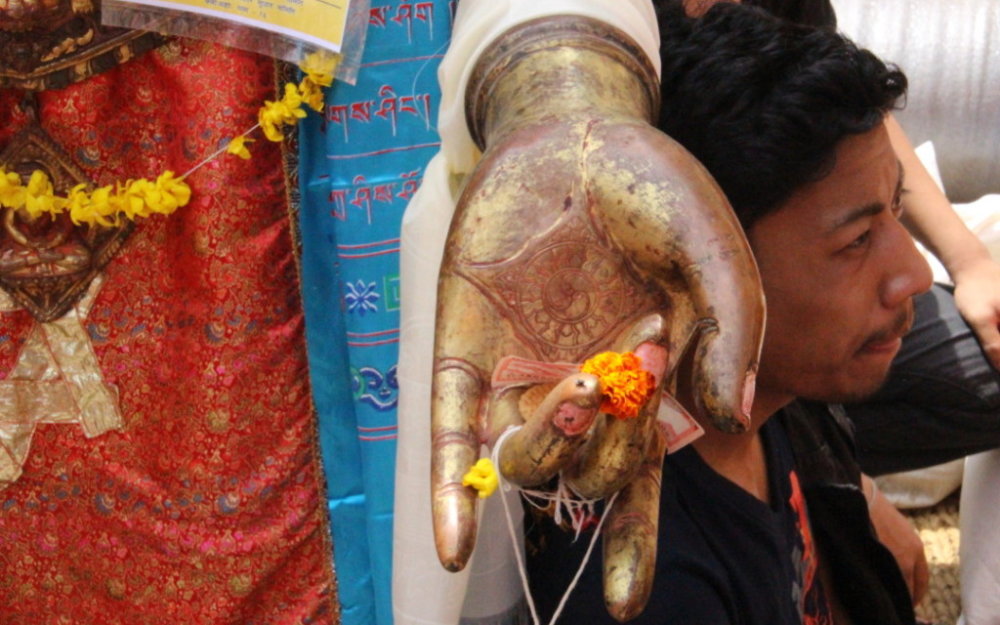 Scott DeLisi served as US Ambassador to Nepal for more than two years, before being transferred to serve in Uganda in 2012.  He is now the Executive Director of the Soarway Foundation, an organization founded in April of 2015 in the immediate aftermath of the earthquake that struck Nepal.

The goal of Soarway is to focus on disaster risk reduction and preparedness in Nepal.  Ambassador DeLisi is currently touring the country speaking about the need to still support Nepal in their recovery efforts, as part of the Empower Nepal 2016 tour, along with Nepal’s “Musical Ambassadors,” Sur Sudha for a musical concert at Unity Church Boulder, Saturday night Aug 27th.

Ambassador DeLisi says that Colorado is a stop on the tour in part because of the response from the Boulder community. “The people in the Boulder area really did respond very well and that concern and commitment and caring matters so much and it’s been deeply appreciated I think by the people in Nepal.”

While Ambassador in Nepal, DeLisi said he focused on working to make communities more resilient to natural disasters.  That work continues in Soarway which is working not just on the rebuilding efforts since the earthquake, but helps in making the country more resilient in the face of future natural disasters. “Even as we work on responding to the quake…we also have to continue the efforts to prepare for the next quake.  In Nepal only 14 districts were affected out of a total of about 35.  But we know that the other 21 districts, and even those who were affected by the most recent quakes…we have to continue in those areas the work of preparedness to make sure we don’t have a similar tragedy the next time around.”

DeLisi says in addition to using the best building technology in the rebuilding efforts, providing education on basic things that the Nepalese can do in their homes can save lives.

“Take the water tank off the rook of a house and put it below ground, that alone can save many lives because those tanks will come crashing through the house and fall on people and they die.”

Scott DeLisi will speak as part of the Empower Nepal & The Wounded Heroes Trek of Hope at a concert featuring Sur Sudha as a benefit for earthquake relief in Nepal on Saturday Aug 27, 7:30 pm at the Unity Church of Boulder, 2855 Folsom Street, 80304.