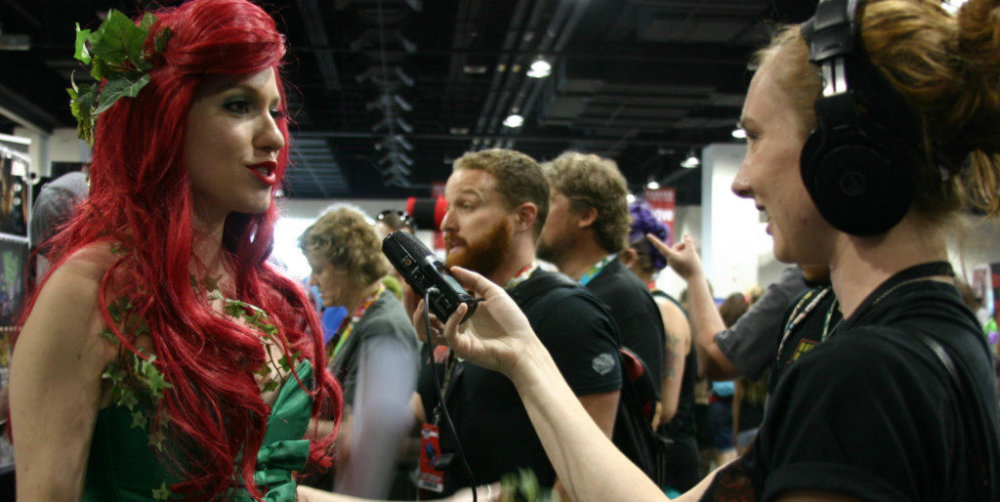 Comic-Con. Where superheroes and other pop culture characters come to life once a year at convention centers across the country. For ultra fans, it’s an extended weekend of taking pride in a city’s geek culture and community.

As Claire Woodcock reports, with thousands behind masks, these celebrations also tend to be hotspots for misbehavior.

It can be difficult to distinguish between who is accidentally touching you and who is actually groping you in crammed convention centers. There are a lot of brush-by maneuvers, awkward run-ins and in general, a lot of close proximity.

Even if you know for sure someone groped or assaulted you, it can be hard to figure out who they were where they went in the crowd.

Women attendees at Comic-Con has grown over 60 percent in the last 3 years. On average, at least 40 percent of attendants are women. Groping, stalking and unwanted photographing, including “upskirting” are all generating conversations about harassment in the industry and at Cons specifically. Such harassment in the community has come to be called “creeping at Con.”

I didn’t know I was going to Denver Comic-Con until I showed up at 4 pm on Friday–the first day of the show. The Colorado Convention Center was bursting with characters representing all aspects of the pop culture spectrum. I walked around that day, unsure of what type of story my media pass would bring about. 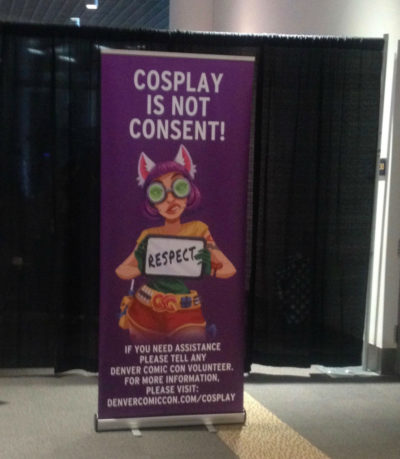 Then I caught the sign by the big blue bear. It was eye-catching, for sure. It read, “COSPLAY IS NOT CONSENT: IF YOU NEED ASSISTANCE, PLEASE TELL ANY DENVER COMIC- CON VOLUNTEER.”

The sign was so eye-catching, I figured there had to be more to this story. On Saturday, I set out with my colleague Hannah, a photographer, to find out if the sign was telling a far too common story amongst fans. We decided to spend the day focusing on the cosplay factor.

Cosplay is an impressive art that takes a great deal and time and often money. Cosplayers are usually shooting for a high level of authenticity, creativity and ingenuity. Many will sew or build their own outfits. Most cosplayers will sort of adopt the personality or other traits of that character while in costume.

Emily Snyder, a Denver resident plays Poison Ivy from DC Comics Batman. She says this is year three at Denver Comic-Con as her super favorite villainess.

“She’s this really sexy female figure. I love her because she’s kind of a feminist in her own way. She’s so strong and she can take over these men and give them a kiss. And the way that she kind of just goes out there and takes control really appeals to me, while being really sexy at the same time.”

Poison Ivy is one of the more popular characters to play at the Con. Snyder says her take on the popular villainess is more modest than her character debut last year. She’s wearing black leggings, a corset rather than a bra and she’s covered in ivy. She says the costume modifications were necessary because at last year’s Con, she had an encounter with a stalker.

“He kept asking me for a picture. I did it once and he kept asking over and over. I talked to one of the event staff. They actually stood with me for a while until I pointed him out and they grabbed him and threw him out.”

Snyder was able to identify the dude making her feel uncomfortable in her own skin. But many cosplayers who experience harassment never catch their perpetrator. This is true for as much as 20 percent of con-goers. Like the character she plays at Con, Snyder is also tough.

“Just because I’m in costume doesn’t mean consent, so don’t touch me.”

In 2014, Bitch Media published a comprehensive article called “How Big of a Problem is Harassment at Comic Conventions? Very Big.” Janelle Asselin conducted this intensive survey on sexual harassment in comics. With 55 percent of respondents female, 39 percent male and six percent non-binary subscribers, the results were shocking.

59 percent said they felt sexual harassment was a problem in comics. 25 percent of respondents said they had been sexually harassed in the industry. 13 percent reported having unwanted sexual comments made about them at conventions.

And 8 percent of people of all genders reported they had been groped, assaulted, or raped at a comic convention.

By that point, I had already attended two conventions–New York and Toronto and didn’t have any intentions of attending a third. I worked at these conventions. I sold t-shirts, and I was targeted. After each show, I left the convention and went back home feeling a little ickier than I did when I left.

Valerie Spauldie is another cosplayer at the convention from Arvada. She’s here as Padme from Star Wars, sporting Natalie Portman’s arena scene costume from Ep. 2.

“I wanted to do some more alterations to it make it actually look like I’ve been fighting, but I actually liked the white costume.”

Spauldie and her family are long-time attendants of the convention. So she’s been dressing up for years.

“I like going to Comic Con and dressing up in costumes. You get called Padme or whoever you’re in costume as. To feel like somebody else for a day is really exciting.”

Spauldie’s really open with us about her first year at the Denver Comic-Con. She says her brother caught a guy trying to take pictures under her skirt.

“That was probably one of the scariest things i’ve had to deal with in being in a kind of more revealing cosplay. I wasn’t the only girl.” 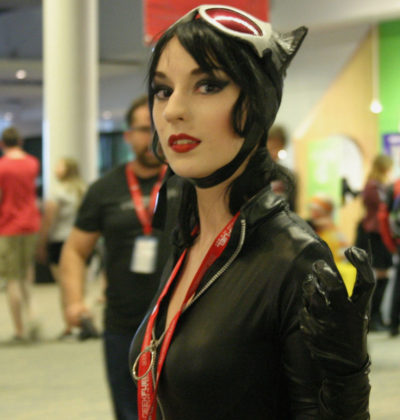 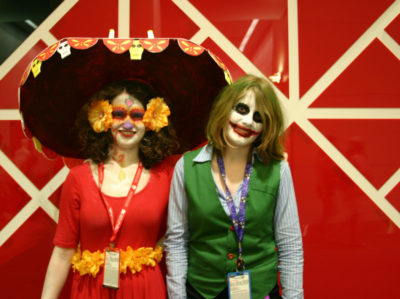 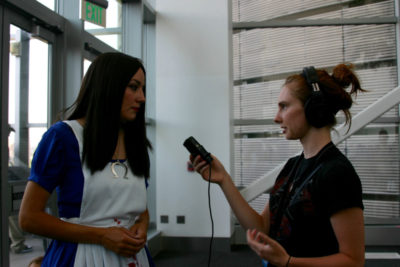 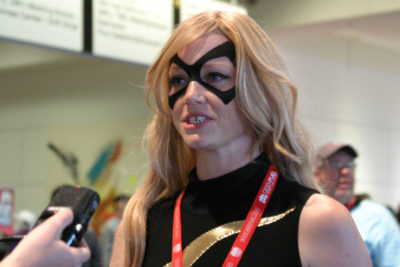 If 13 percent of San Diego Comic-Con attendees have unwanted comments of a sexual nature made about them at this year’s Comic-Con International coming up in a few weeks, That would be around 17,000 people.

And if eight percent of SDCCI attendees are groped, assaulted, or raped, that’s over 10,000 attendees suffering harassment. That’s only counting the people who recognize this type of behavior as harassment. Otherwise, what happens at Comic-Con stays at Comic-Con.

Activism against harassment at Cons seemed to hit its stride in 2014. News sites, independant and commercial picked up the issue. A group called Geeks For CONsent began challenging San Diego Comic-Con International, SDCCI for short, to “publicize or effectively enforce its harassment policy.

In 2015, the SDCCI bit and began circulating information to promote awareness: Intolerance is to be the standard defense action. Comic conventions are attended by an ever growing number of female fans. As the number of female fans has grown, so have conversations about harassment in the comics industry and at conventions, specifically.

There are a lot of comics people of all genders who know perfectly well how to behave properly at conventions. Natalie, another cosplayer from Littleton is dressed up as Alice from American McGee’s Alice, an action/horror video game. She’s been attending Cons for over a decade and has experienced harassment first-hand.

“I switched over to Alice because I feel safer in it. I don’t receive that same attention because of course it’s more conservative.”

Natalie says she’s had difficulty getting rid of creepers, due to some of her more abrasive character costumes.
“They can’t understand that it’s actually me saying no, not the character.”

Unfortunately, just like anywhere else, there are always jerks ready to pounce when there is an opportunity.