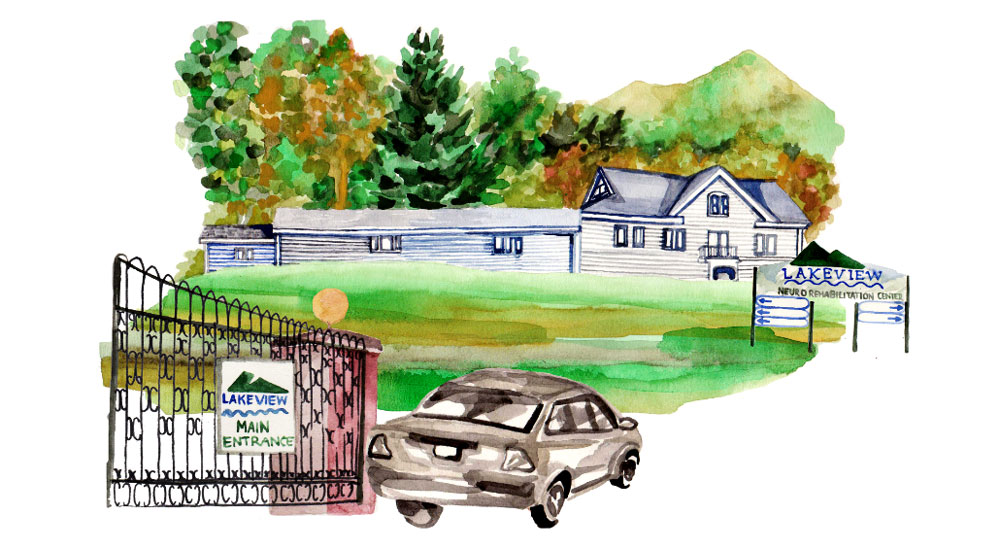 Find out what’s happened since we first told you about 40 years of alleged abuse and neglect of people with disabilities at specialty rehab centers across the U.S. – By Julia B. Chan, Reveal

We teamed up with New Hampshire Public Radio health and science reporter Jack Rodolico to unveil how these for-profit facilities thrived on public dollars with little oversight.

The episode zooms in and takes a close look at Lakeview NeuroRehabilitation Center, a facility nestled in the wooded foothills of New Hampshire’s White Mountains, where people with severe disabilities were treated. For families all over the country, Lakeview was the last resort for their loved ones. For the owners, it was a lucrative business.

But patients suffered. (Scroll down for interactive graphic)

Exposing abuse and neglect on ‘The Mountain’

Reporter Jack Rodolico spent a year uncovering allegations of patient abuse and fraudulent billing practices at Lakeview NeuroRehabilitation Center – like charging Medicaid for changing channels on a TV. Along the way, he encountered a crusading mother who made secret recordings of state regulators in a desperate attempt to get someone to help her daughter.

We travel back to the late 1990s with the story of another Lakeview patient, Amy Mueller, then a teenager, and her romantic relationship with at least one staff member.

Mueller’s family later sued the facility for billing for services that never were provided and putting her in danger.

The family behind the neuro rehab racket

We look for answers about why and how the Brennicks are still in business, heading to the swamps of Wauchula, Florida, to visit with Charles’ son, Joseph, at his brain injury rehab center, the Florida Institute for Neurologic Rehabilitation.

Timeline: The endless cycle of abuse at neurorehab centers