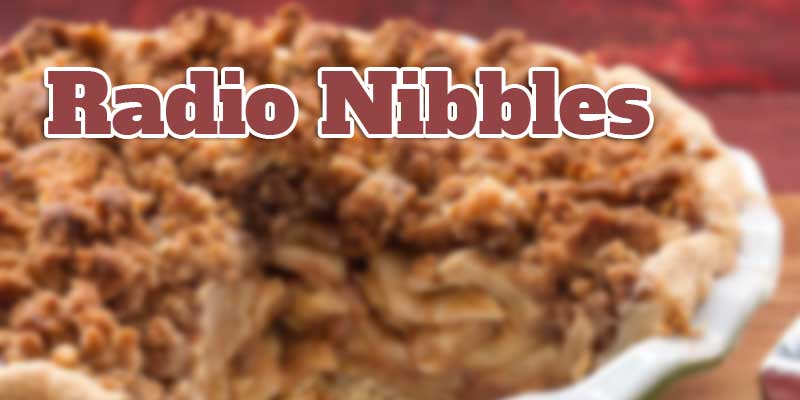 Even now I can transport immediately to Mom’s kitchen and seat myself against the pantry closet and watch her make stuffed cabbage, or Portuguese pork chops or hardboiled egg croquettes. Decades of meals and the birthplace of my career are deeply imprinted.

If I had to boil it down to one thing I learned in Rosie’s kitchen, it’s that recipes are not religious documents. There’s more wiggle room in recipes than we were led to believe by Betty Crocker and Fanny Farmer.

My younger sister Lisa noted one of Mom’s “laws” born of a Depression-era Italian immigrant childhood: “Never waste anything left in a jar or can. You put water in it, swirl and add it to what you are cooking. By the way, Ragu spaghetti sauce was the special ingredient in Mom’s Hungarian pressure cooker goulash.”

My older sister Barbara remembers Sunday mornings: “Five children coming down those stairs to the aroma of muffins, bacon and pancakes. Mom would get up early so she had time to have her coffee and a cigarette before we came tumbling in.”

In honor of Mother’s Day, I asked readers to share the best things they learned from their Moms or elders in the kitchen. Here are a few of their memories:

“My most important food memory ever was of my Granny spreading real butter, which we never had in our house unless she was visiting, on some beautiful whole-wheat toast, carefully covering every corner with total concentration. I learned that making even a simple piece of toast was an act of love for our food and have never forgotten that lesson.”

“Thinking about mom recipes — I had a favorite — which my Mother called ‘wiggle:’ hamburger, gravy, and frozen peas served over white Wonder Bread. I thought it was just danged tasty. What I didn’t realize at the time was that my clever mother was stretching hamburger into a big meal.”

“Layer the flavors. Enhance as you go.”

“The single best thing I learned from my Mother in the kitchen? That she was a strong enough person to ask for free ‘dog bones’ from the store’s butcher, and then later that day, craft these bones into a loving gift of a nourishing and delicious soup for her family. The dogs did eventually enjoy the bones, keeping to her word.”

“Baking bread was my favorite thing to learn how to make. The magical process of mixing, waiting and baking. Enjoying the smell of baking bread permeating the house. Oh, and slicing a warm loaf, slathering butter on it, savoring each delicious bite. Ahhhh. It’s still my favorite food.”

“Ma taught me to put a piece of bread in the cookie jar (or with super dry brown sugar) to soften it up. It totally works!”

“My childhood friends used to beg to come over to my house for lunch (since we actually went home from school for it  because I never had peanut butter and jelly or bologna sandwiches on Wonder Bread with Campbell’s soup. Instead my grandmother (who lived with us) and my mother baked bread from scratch (before breadmakers) and made sandwiches from leftover meatloaf or turkey or roast beef. They served it with homemade soups like lentil, split pea, chicken noodle or tomato with croutons (from the homemade bread, of course). Sometimes we’d have creamed chip beef on toast or open-faced, grilled cheese with chopped onions, tomatoes and bacon on top (still my favorite sandwich). So the single, best thing I learned about cooking from my mother (and grandmother) was that homemade ANYTHING tasted better (and was healthier) than packaged or canned … and my daughter has hopefully learned that from me.”

Congratulations are highly in order for Centennial author and noted food editor Toni Tipton-Martin. Her The Jemima Code: Two Centuries of African American Cookbooks (University of Texas Press) has earned a 2016 James Beard Foundation award in the Reference and History category.

Taste of the Week

In the book she notes: “Historically, the Jemima code was an arrangement of words and images synchronized to classify the character and life’s work of our nation’s black cooks as insignificant. The encoded message assumes that black chefs, cooks, and cookbook authors — by virtue of their race and gender — are simply born with good kitchen instincts; diminishes knowledge, skills and abilities involved in their work, and portrays them as passive and ignorant laborers incapable of creative culinary artistry.”

Aurora’s happy Sudan Cafe is one of the few Colorado eateries where you can sample the Egyptian and North African fusion favorite koshari, a comfy mix of macaroni, lentils and brown rice topped with crisply fried onions and a thick tomato sauce with a hint of red chile. Have it with foul.