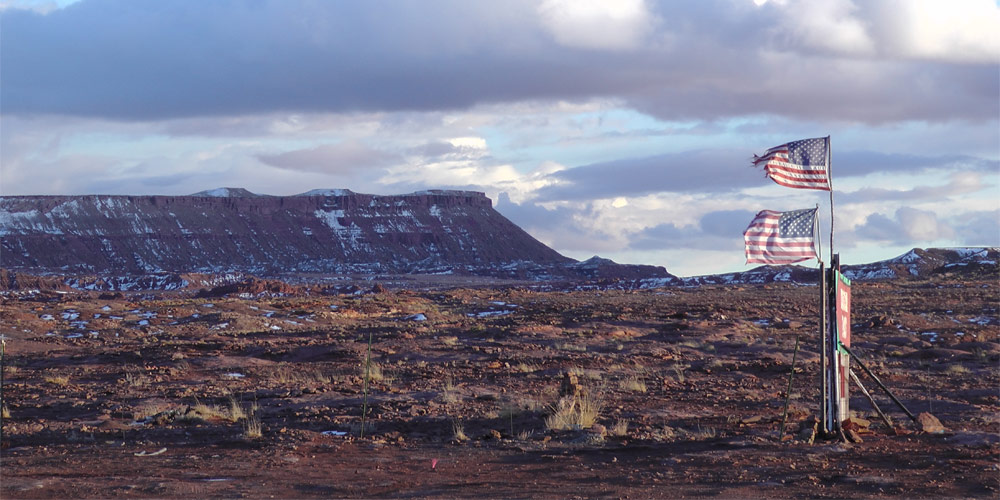 The current story being told by our energy policies, practices and industry are devastating the land and changing climate. This program is an engaging and entertaining call to action for a new energy story that protects our land and its people.

If we need a new story for energy, we likely need new storytellers. Energy stories told by Indigenous women seek to carry forth the wisdom from their ancestors and combine it with the intelligence available to us today.

Winona LaDuke (White Earth Ojibwe) is an internationally renowned activist working on  issues of sustainable development, renewable energy, and food systems. She lives and works on the White Earth reservation in northern Minnesota, and is a two-time vice presidential candidate with Ralph Nader for the Green Party. As Program Director of Honor the Earth, she works nationally and internationally on the issues of climate change, renewable energy, and environmental justice with Indigenous communities. And in her own community, she is the founder of the White Earth Land Recovery Project, one of the largest reservation based non-profit organizations in the country.

Beth Osnes is a professor of theatre and environmental studies at the University of Colorado in Boulder where she is co-founder of Inside the Greenhouse, an initiative to inspire creative climate communication (www.insidethegreenhouse.net). With Adrian Manygoats, she helped found the Navajo Women’s Energy Project. For the last fifteen years she has worked in communities around the world using performance as a tool to help women empower their own voices for positive social change.

Adrian Manygoats (Navajo) was born and raised on the Navajo Nation, in Tuba City, Arizona. She is the Incubator Coordinator for the Native American Business Incubator Network (NABIN) at the Grand Canyon Trust.  Prior to working with the Trust, Adrian co-founded the Navajo Women’s Energy Project and helped establish the non-profit organization Elephant Energy on the Navajo Nation. From 2013 to 2015, she operated with a team of organizers and community leaders in Arizona, New Mexico, Colorado and Utah to make affordable solar technology available to people without grid access.

Tom Wasinger is a self-educated multi-instrumentalist, vocalist, music producer, music arranger, composer, and educator based in the mountains outside of Boulder, Colorado. He has received three Grammy Awards for his work as a music producer/arranger/composer: The first in 2003 for Beneath the Raven Moon by  Mary Youngblood, the second in 2007 for Dance With the Wind  by Mary Youngblood, and the third in 2009 as producer/arranger for the compilation Come to Me Great Mystery by various Native American artists. He has also received four A.F.I.M. (American Federation of Independent Music) Indie Awards and six Nammy awards from the Native American Music Association as producer/arranger.