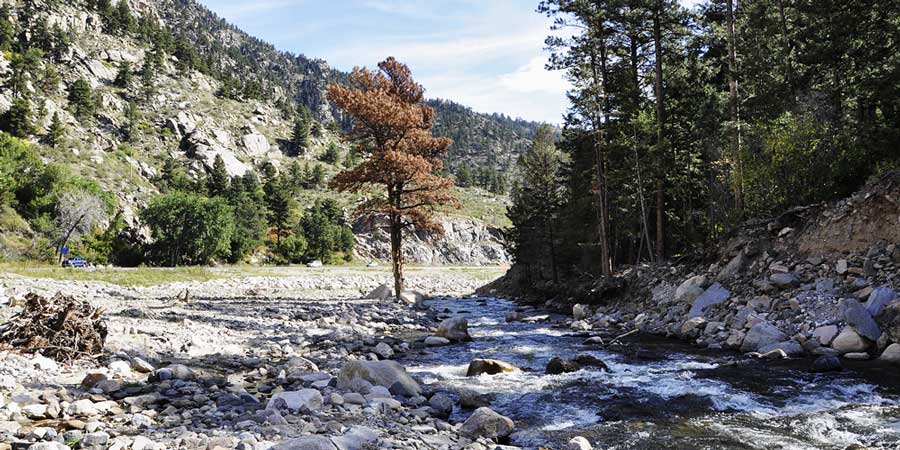 “Managers felt like they had seen the first signs of the rebound from the flood 3 years ago and now we’re talking a 8 to 9 mile stretch where that population has now been knocked back 50% or more, so that’s very, very significant.”

In early March some residents around Glen Haven in the Big Thompson Canyon near Estes Park began to notice some off color water in the river, along with a few dead fish.  Then more and more dead fish showed up – ultimately more than 5500 dead fish.

Josh Zaffos, who writes about it online for High Country News, says that details are still emerging but early analysis links the fish die off to flood reconstruction. This particular section of the Big Thompson Canyon suffered a lot of damage in the 2013 floods with houses and roads being demolished.

“We’re going on almost 3 years after the floods and there has been all this ongoing construction in the canyon there, that’s basically required replacing former bridges that were there, in some points now they’re taking bridges where they weren’t before and basically the folks working on the reconstruction and recovery side are trying to make the canyon, the roads and the communities there more resilient for that when, not if,  scenario of another big flood, and unfortunately that means having to work in a very tight  canyon, heavy equipment in the river bed and it sounds like in this case, there was bridge reconstruction and again, we’re still gathering details, but it sounds like some concrete that was being poured got away from the area and obviously caused a pretty significant fish die off.”

The fish die  is significant as this part of the Big Thompson is extremely popular for fly-fishing as it has both brown trout and rainbow trout.  It plays a significant role in the local economy. “Before the floods, state officials had valued the fishery there at $4.3 million in terms of annual economic impact.”

The fish in this stretch of the river had just started to make a recovery from the 2013 flood “the flood itself did a number on the fishery there, again you have a lot of sediment and other impacts, so that was a bit of a staggering punch to this fishery.  Managers felt like they had seen the first signs of the rebound from the flood 3 years ago and now we’re talking a 8 to 9 mile stretch where that population has now been knocked back 50% or more, so that’s very, very significant.”

Read Josh Zaffos’ article on the fish kill in the Big Thompson River at hcn.org