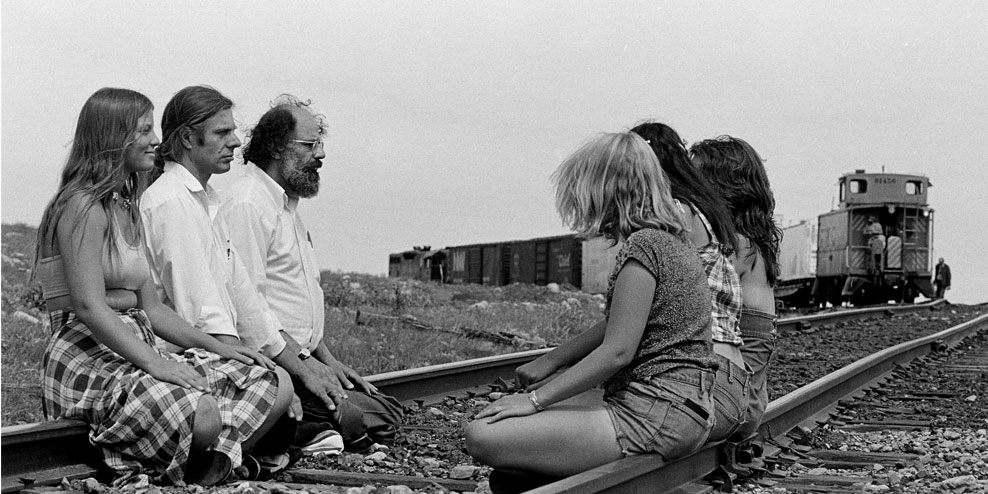 Thousands protested at Rocky Flats in the 1970’s and 1980’s. Film maker Erik Sween takes a look at the movement in his short documentary “On The Tracks.” Sween says Chet Tchozewski was one of the lead activists protesting the nuclear weapons plant. “Chet was one of the lead protestors for over 10 years with both the American Friends Service Committee and then Green Peace.”

Tchozewski will join film maker Sween and former FBI agent Jon Lipsky (who lead the raid on the Rocky Flats site) at a screening of “One The Tracks” and panel discussion as part of the Conference on World Affairs.  “These stories I think are really important and risk fading and being forgotten. But I think these stories are directly relevant to today. This year Rocky Flats, now called the wildlife refuge, is planning on opening a visitors center. And so what that entails is that there will be school groups going out there and I think people don’t really realize with the history what that really means.”  Sween also points to the Candelas housing development close to the former Rocky Flats site and the proposed construction of the highway E-470 in the area also as a reason for people to continue to question the contamination and safety of the area.

There will be a screening of On The Tracks followed by a panel discussion with Jon Lipsky, Chet

Tchozewski, and Erik Sween to explore what closed the nuclear weapons plant on Tuesday April 5th from 5-6pm in Eaton Humanities, 1B50 on the CU Boulder campus. This is a concurrent event as part of the Conference on World Affairs.