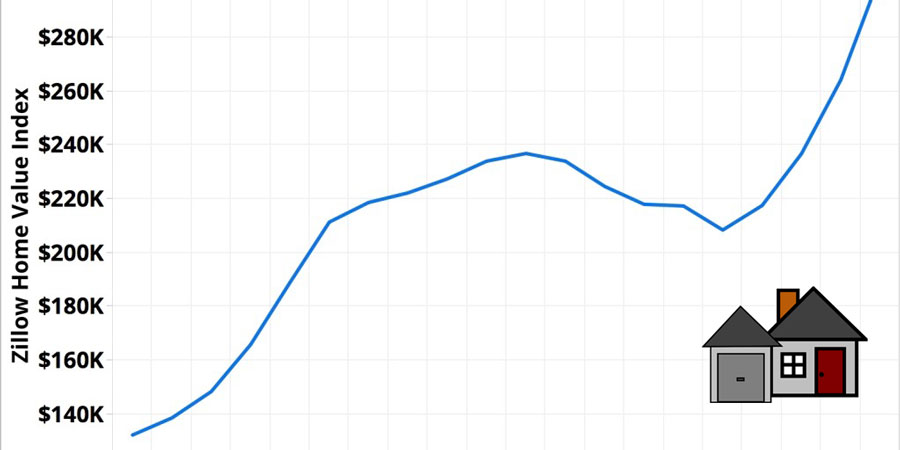 “Metro rents are up 7% year after year. In the city itself you’re up 8.4%. This is making it harder for many people to save for that down payment because they’re paying over 30% of their income.”

The price increase has created a barrier of entry into the housing market.  Residents who cannot afford to buy a home, are renting instead.

The increased demand for rentals has forced many in the area to spend more of their monthly income on rent, limiting their ability to save money.

KGNU’s Tim Wintemute, recently sat down with Economist, Dr. Skylar Olsen, to discuss increasing housing costs in the Denver metro area and the effects it has on the Economy. Dr. Olsen, who studies economic trends in housing for the online real estate database, Zillow, says Denver is one of the fastest growing markets in terms of the pace that home values are increasing over time “If I’m looking at the whole Metro (area) Denver home values are up 15% year over year, which is a huge gain. But if I’m looking at the city itself, home values are up 12%…in Aurora nearby, they’re up 18%. So you’ve got very strong growth all across the Metro area.”

Olsen says that population growth in Denver is creating high demand, particularly from new arrivals who are in high paying jobs who can afford higher rents.  She says that combined with low inventory is putting pressure on the rental market “inventory is very low, especially in the entry level tier, so it’s hard to find homes where you can save enough for the down payment that grows and grows.”

Olsen says that the city needs to provide more opportunities for mixed income communities,  to benefit society as a whole. “Communities generally thrive better where there is a range of incomes “it’s much more likely that someone born into a poor family will be able to move up in the world and be middle class, if you live in an area where there are a huge range of types of families and incomes and a lot of diversity. It’s really easy to get stuck in a cycle if you’re born in a community where majority poor communities also live.”