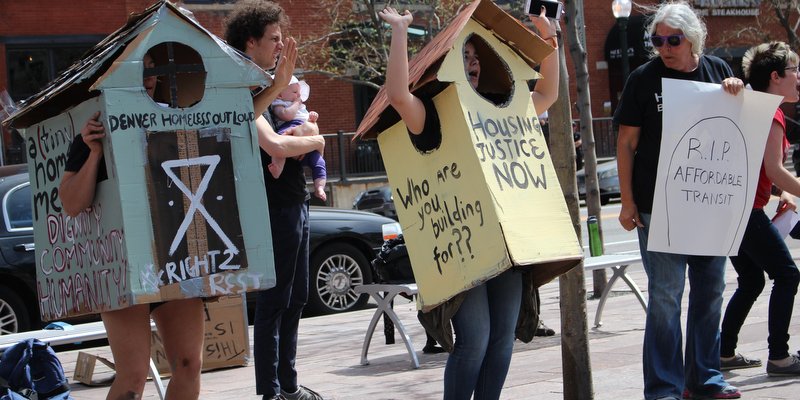 Interrupting the Friday ribbon cutting ceremony at Denver International Airport, nonprofit and advocacy groups for those challenged with surviving in an ever-increasing expensive place to live, demanded that Denver and especially Denver Mayor Michael Hancock address the needs of all Denver residents.   Zoë Williams, Transit Organizer for the local branch of the national women’s advocacy group 9 to 5 helped organize the ceremony interruption that the group still counted as successful, “Security seemed to know we were coming but withdrew somewhat when they saw we were a family organization.  Still they escorted us off the platform within 20 seconds.”

The platform was the setting where local leaders including Denver Mayor Hancock, US Congressional Representative Diana DeGette, US Senator Michael Bennet, Colorado Governor John Hickenlooper, Denver City Council members Robin Kniech and Christopher Herndon held scissors to cut the ribbon to the new A-line train before its inaugural launch on Friday.  But the coalition interrupted by chanting, “We can’t afford to ride.”  The groups have long worked for affordable fares (and here) for those who are ride-dependent to get to work or to complete daily needs.

“This opening symbolizes the growing divide between the people of Denver, and the development happening in our City,” the homeless advocacy group Denver Homeless Out Loud said in a press release, “While tourists can take the A Line from DIA to stay in 5 Star Hotels, some DIA workers will have to pay a shocking $18 a day in transit fares. This is happening as Denver Metro area housing costs are some of the fastest rising in the nation.  The Denver Area Labor Federation (DALF) and FRESC held an informational flier distribution at DIA in an action on Saturday supporting the subcontract workers who rely on transportation to work at the airport.  While union workers receive Eco-passes to the airport, DALF and FRESC demanded Eco-passes for all workers.

Saturday’s protests continued that included the DIA Station stop, but riders at other A-line stops were met by coalition groups at the 40th and Airport Station by the Colorado People’s Alliance (COPA) who demanded a stop to fracking, the Peoria Station by the Montbello Organizing Committe demanding protection for local Park-n-Ride Bus Routes, the 38th and Blake Station stop by People Rising Against Poverty (P-RAP) and Make Housing Affordable who represented people of lower incomes, and culminating at Union Station joining the homeless advocacy group Denver Homeless Out Loud who demanded the overturn of Denver’s Camping Ban and an end to the most recent sweeps of those living on the streets that began early last month.

The University of Colorado though did not escape protest on Saturday either.  The $5 million price tag for sponsorship naming has been met by criticism from students who say that they have repeatedly been told by University officials about the lack of funds for their needs including financial aid but that funds are available to invest in sponsoring the RTD project, “There are  a lot of budget cuts on CU campus right now as far as colleges are concerned here in Colorado, so how do they have enough money to invest in a new A-line in their name when they’re cutting the budget for a lot of students who barely can even make it to school because they have to work full-time minimum wage jobs so where are they getting all this money?  They say they have no money for students.”  Yolanda is a college student in the metro area.

At Union Station lines of those hoping to take advantage of the 2-day free fare to DIA were greeted by representatives of the coalitions and their supporters as they chanted, “We can’t afford to ride!” and “Homes not handcuffs!” 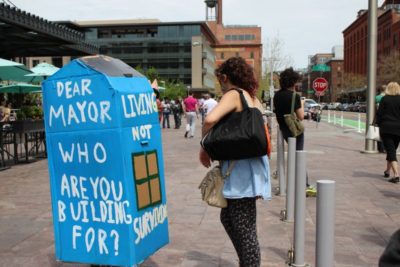 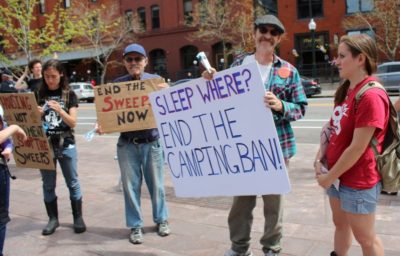 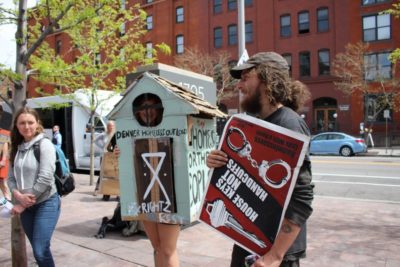 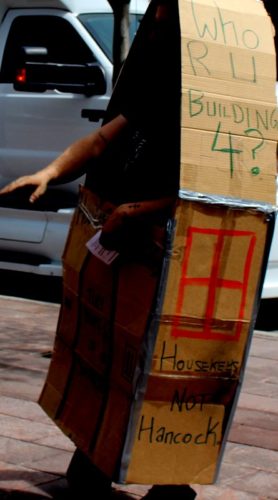 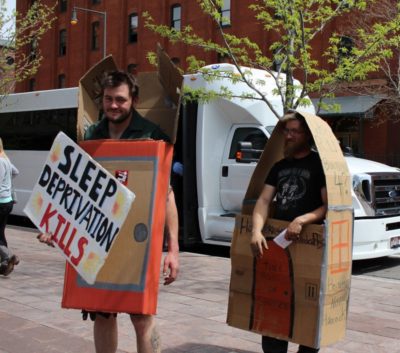 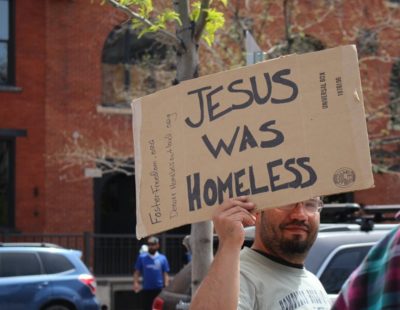 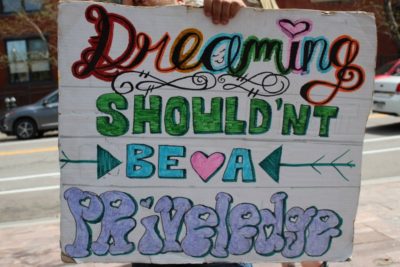 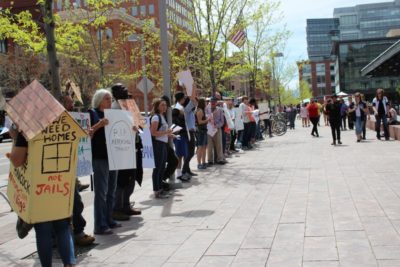 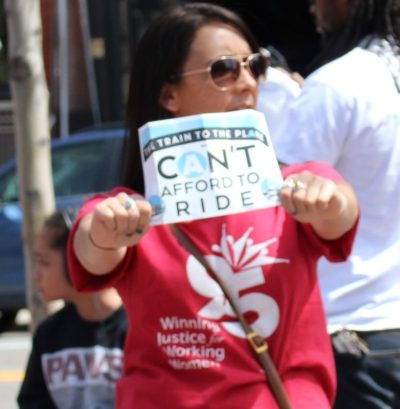 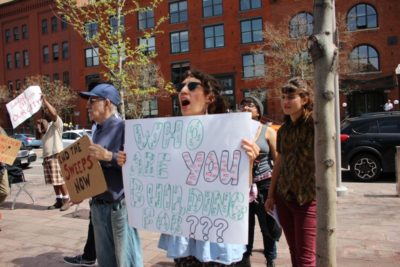 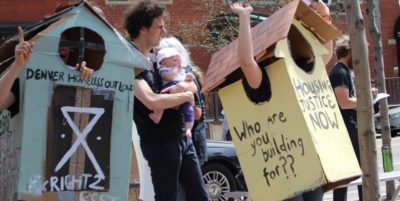 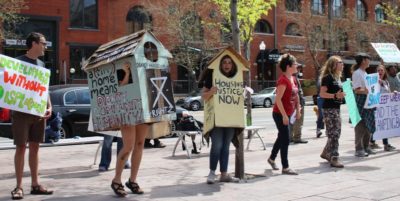 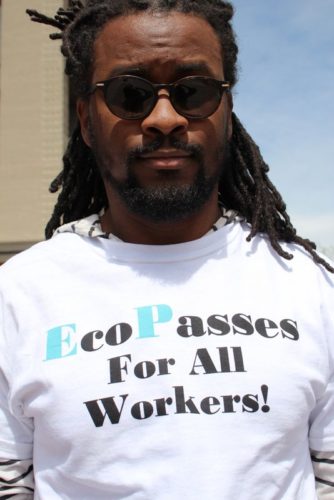