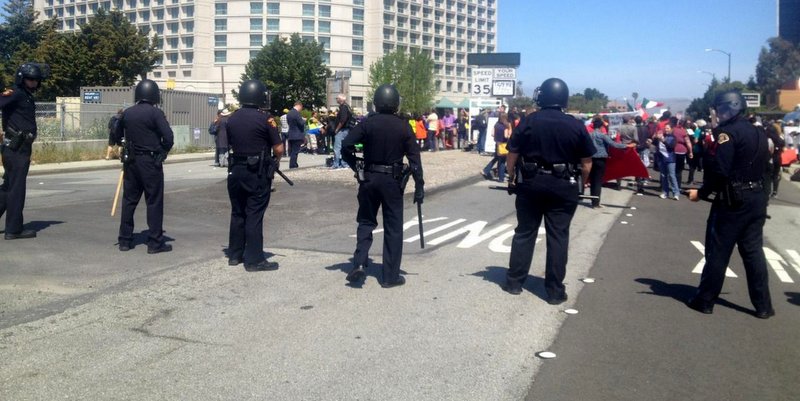 BURLINGAME, CA-Hundreds from the groups the ANSWER coalition, the Anti-Police Terror Project, Black Lives Matter, Black East Organizing Project, and anti-racist allied organizers showed up to the Hyatt Regency San Francisco Airport Hotel to protest  the campaign of presidential hopeful Donald Trump.  Some used lock boxes to lock to each other in order to block roads to the area.

Police from five cities have arrived and have in recent moments equipped themselves with riot gear although protesters have remained calm and are chanting and holding signs on the side of the road.  The sign below reads:  EQUALITY NOW….RATIFY THE ERA!! 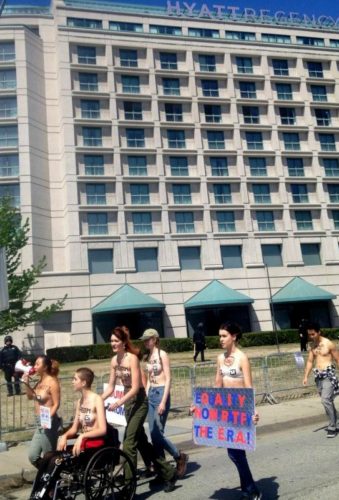