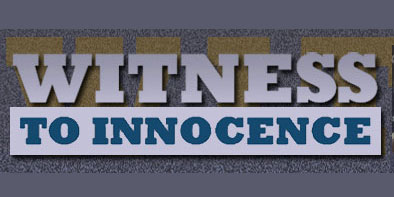 “If us Chicanos kill other Chicanos, you’re not likely to get the death penalty, same with Blacks, there are more murders Black and Black then there are Black on White, it’s just that once you kill an Anglo-Saxon or a White person, it really ups your chance of getting the death penalty.”

Magdaleno (Leno) Rose-Avila was one of 12 children born of immigrant farm workers in South East Colorado.  His experiences working in the onion fields of southeast Colorado at the age of 11 and traveling the migrant stream picking fruits and vegetables set him on a lifelong path working for immigrant rights, labor rights and social justice. 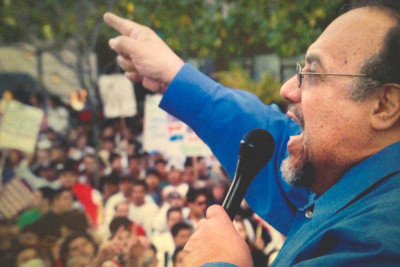 He was a leading voice and figure in the Chicano Movement of the 1960’s and 70’s and ran for public office for La Raza Unida Party. He has served as Executive Director of the Northwest Immigrant Rights Project in Seattle, Washington and is currently the director of the Witness to Innocence project which is comprised of 156 people who have been exonerated from Death Row. Witness to Innocence was founded in 2003 by Sister Helen Prejean, internationally renowned anti-death penalty activist, and Ray Krone, the 100th person exonerated from death row in the United States.

Rose-Avila says that in addition to the 156 people who have been exonerated from death row, there are probably many more who were ultimately executed.  Rose-Avila says that the vast majority of people on death row are people of color, something which resonates through every part of the criminal justice system, “There is a different sentencing beginning in juvenile hall all the way up where it’s easier to incarcerate Blacks and Latinos and Native Americas and some Asians, and on the death penalty.”

Statistics show that the race of the victim of the crime is a bigger indicator of whether someone will be sentenced to death.  “If us Chicanos kill other Chicanos, you’re not likely to get the death penalty, same with Blacks, there are more murders Black and Black then there are Black on White, it’s just that once you kill an Anglo-Saxon or a White person, it really ups your chance of getting the death penalty.”  While there are some White people on death row, White people who have been exonerated, Rose-Avila says they are usually poor and without access to expensive lawyers. “The White people who get in there, there’s an economic issue also involved, people who are uneducated and who don’t have money and who have to fight for their innocence.”

The Witness to Innocence Project works with people who have been released from death row to help them transition back into society.  Rose-Avila says most of them suffer from PTSD and get little or no help “we do a bad job with military but we don’t do anything with these people.”

Magdaleno Rose-Avila spoke on “Where Does A Better World Begin” on Sunday March 13th at 11.30am at the UCC church on Table Mesa in Boulder.

Image: Magdaleno Rose-Avila addresses the crowd at an immigration rally in Seattle in 2006. (Photo: Rose-Avila)