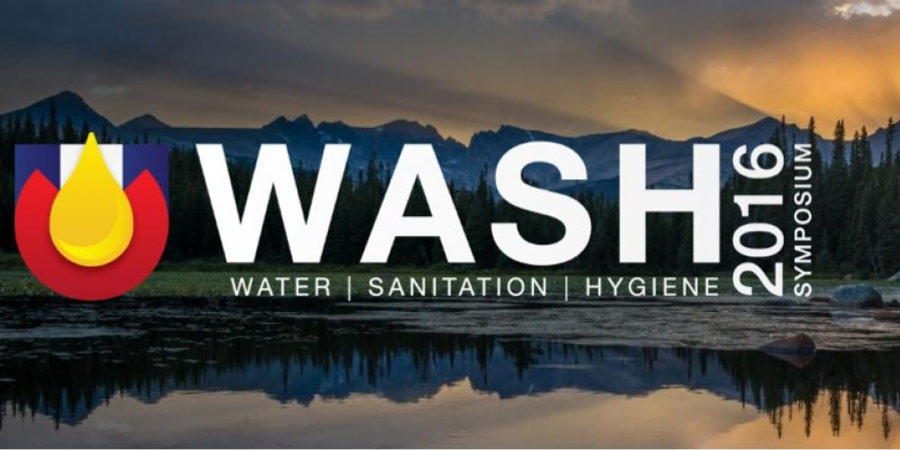 “If you’re sick because you have chronic gastrointestinal issues from drinking bad water, you can’t go to work, you don’t want to go to school.”

For the fourth year in a row, engineering students at CU Boulder have organized the Colorado WASH Symposium bringing experts in the field of water, sanitation and hygiene together to discuss the challenges globally and new technology in the field.

Nicholas Valcourt, one of the organizers of the event says people should think about WASH as a supply chain with many elements from economic to technical.  “It’s everything from the interface, what we would call the toilet, to the end of the pipeline where there is management of hazardous waste…there might be latrines in urban communities but if the content from that is just pulled out from the pit and dropped in the street…well officially that’s still considered access to sanitation, which is the problem sometimes with official statistics.”

Valcourt says that a lack of access to basic water and sanitation can impede the economic development of a country.

“If you’re sick because you have chronic gastrointestinal issues from drinking bad water, you can’t go to work, you don’t want to go to school. There’s a big issue of menstrual hygiene management in schools. A lot of girls drop out at a certain age because they can’t or they won’t go to and attend schools, so this focus on bringing WASH and bringing safe environments to schools I think is going to have cascading effects.”

Riley Mulhern, another of the student WASH Symposium organizers says a lack of access to clean water and sanitation and hygiene is not confined to developing countries “here in the States we have like (what happened) in Flint, but also a lot of the less publicized small rural towns all over the country where they’re more exposed to chronic exposures with things like disinfectant byproducts, things that we don’t talk about as much but are still very much issues at home.”

The 2016 Colorado WASH Symposium will be held March 1-2, 2016 at the new Sustainability, Energy and Environment Complex on CU Boulder’s East Campus.

It is free and open to the public and will cover topics including:
Urban challenges to WASH
WASH in schools and healthcare facilities
Innovative WASH financing
Sustainability of WASH projects
Improving equity of WASH projects and interventions