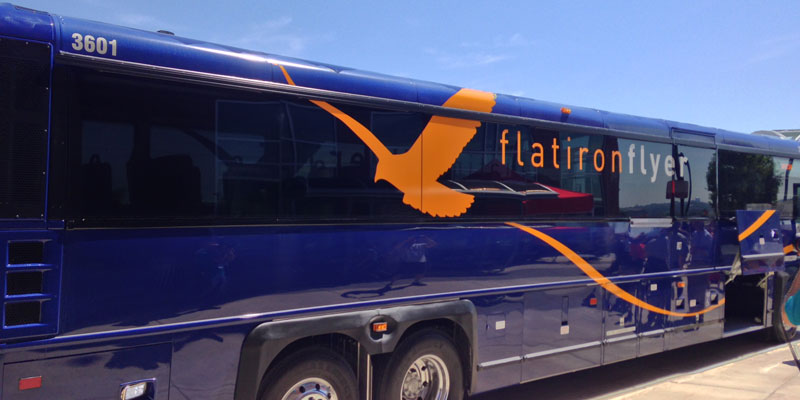 The League of Women Voters in Boulder County is holding a panel discussion on February 8th in Longmont on The Future of Public Transit in Longmont.

Will Toor, with the Southwest Energy Efficiency Project. He is advocating for Bus Rapid Transit as a solution to  public transit problems in Longmont and surrounding communities.

“I think that the real opportunity is going to be in regional Bus Rapid Transit (BRT), that while there is a lot of angst in the community around the fact that RTD is unable to deliver North West Rail, if you look at the transit improvements that could actually serve a large number of people in the Longmont area, the real opportunities are around developing the Bus Rapid Transit corridors that were studied in the North West mobility study two years ago. So developing BRT along Highway 119 between Boulder and Longmont and along Highway 287 and then feeding in to the express lanes on US 36. The modelling suggested that that would serve about 15,000 people a day along those two lines for a relatively affordable cost.”

Judy Lubow, who serves on the RTD board of Directors says however, that she still believes that rail is an option for northern Colorado and she says that if there is the political will to have it done, the funding is there.

“The money from Fast Tracks really has been spent on the other corridors, we don’t have money for it at the moment, but the projections are that we should be getting money at the end of the 2020s through 2040, there should be enough coming in that should pay for it, so not in the short term but in the medium term,  there is the money if there is the political will to have it done.”

Lubow says Bus Rapid Transit would probably be happening on some level regardless of investment in rail infrastructure, but she says rail is often a preferred option “many people prefer rail to bus and it;s more convenient because if there is bad weather, the rail goes on and the buses typically gets delayed. Similarly if there is traffic on the roads, the rail goes ahead merrily and the buses are delayed. So a lot of people prefer rail and that will always be there. Those preferences are always there and people are paying for it, they have a right to make that choice.”

A panel discussion on the future of Public Transit in Longmont is happening from from 5:30pm – 7:30 pm on Tuesday February 9th at the Longmont Chamber of Commerce,  528 Main St. (Image: RTD’s Flatiron Flyer, servicing Hwy 36 between Denver and Boulder)