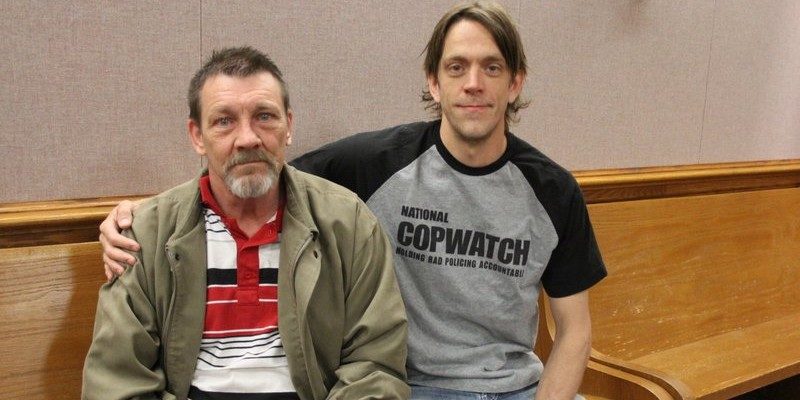 Two Boulderites formerly incarcerated at the Boulder County Jail allege abuse by Sheriffs at the time of their incarceration.

Joshua Johnson said that he was erroneously charged and then almost lost his life in jail in 2009 and Robert Kirkland experienced a broken left leg and sprained right ankle while incarcerated there.  Kirkland  sued officers and a nurse at the jail in 2012 after the December 2011 incident when he said he was denied medical treatment for days following the injuries.  He was offered a settlement but rejected it to be able to take his case to the Supreme Court.

Kirkland said that he was afraid to make this radio appearance for fear of retaliation by Boulder Sheriffs.

The two say that they want to see positive change and for officers to uphold the law rather than “enforce” it.   Johnson also initiated a “Tortured in Boulder County Jail” Facebook page and a petition on change.org to call for video cameras in disciplinary areas of the jail as a means of accountability.

One of those changes since then included the installation of surveillance cameras in the jail.

In a 2013 interview with Kirkland counsel David Lane, he says that his office gets an “inordinate number” of complaints of excessive force from people in Boulder regarding both the Sheriff’s Department and the Police Department,  “I’m actually surprised that we get as many as we do, but we do.  Boulder is not all that sensitive to civil rights.  I get a lot of complaints coming out of the Boulder jail and I’m surprised at the large number that we do receive.   It just depends on what color your skin is and what neighborhood you’re coming from.  Rich white people generally don’t end up in the Boulder County Jail.  Poor white people do, poor Hispanic people do, poor black people do and they have no illusions about the kinds of treatment that they are going to receive in Boulder or just about anywhere else.”