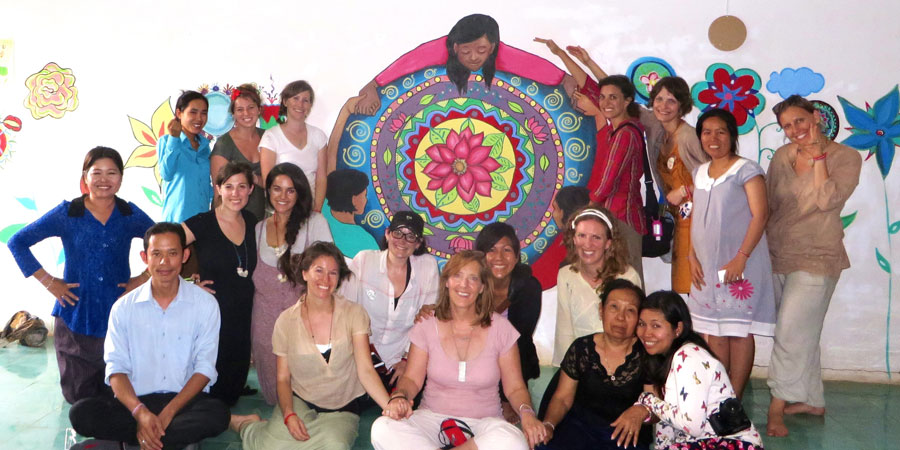 “(it’s) a way to make some sort of meaning to what feels completely incomprehensible.”

Sue Wallingford, Associate Professor in the graduate school of psychology at Naropa University in Boulder has been working alongside a group of her students to bring art therapy to women and children who have been trafficked in the sex industry in Cambodia.

“There’s a high risk of sex trade in South East Asia, particularly in Cambodia and its bordering countries of Thailand Laos and Vietnam because that’s where victims are usually trafficked to and from.” Cambodia is on the State Departments tier 2 trafficking watch list which means that the country has a significant number of trafficking victims. It is estimated that 1/3 of sex trafficking victims are below the age of 18. 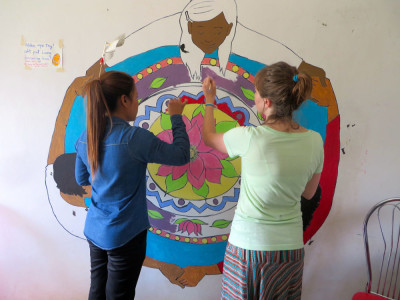 Wallingford says that there has been a lack of action on the part of the Cambodian authorities to clamp down on the problem. “It’s a corrupt government, combined with the economic disparity between the urban and the rural areas, the very extreme poverty level and the high illiteracy rates, it’s a hot bed for sex trafficking.”

In 2011 Wallingford and some of her students at Naropa decided to go to Cambodia to bring art therapy to social justice organizations. “We started talking about where we might like to go and populations we’d like to serve and before we knew it we had a whole cohort of students who said ‘yeah we really want to do this.’”

They worked directly with the Cambodia Women’s Crisis Center to provide art therapy to support the victims. “It provides the opportunity for people to tell a story, to share a feeling or a struggle in a way that cannot be expressed in words. It’s a way to find some distance from the story or the feeling, a way to make some sort of meaning to what feels completely incomprehensible.”

Wallingford says one of the main goals of the project was to empower local organizations to use art therapy to help sex trafficking victims and to create a sustainable model. They trained the clinical teams that were at the CWCC “we did work with the community a lot, trauma informed art therapy “from that model we helped them learn techniques and interventions that they can use with their girls to help combat and help the girls self-regulate from the experiences that they had.”

Wallingford is speaking about her art therapy work in Cambodia with a group of international visitors who are visiting Naropa in the first week in February, as part of a US State Department tour to learn more about human trafficking and sex workers.

Images: Naropa Graduate Students and the staff at Cambodia Women’s Crisis Center.   The mandala behind was worked on by the whole community (courtesy of Sue Wallingford)