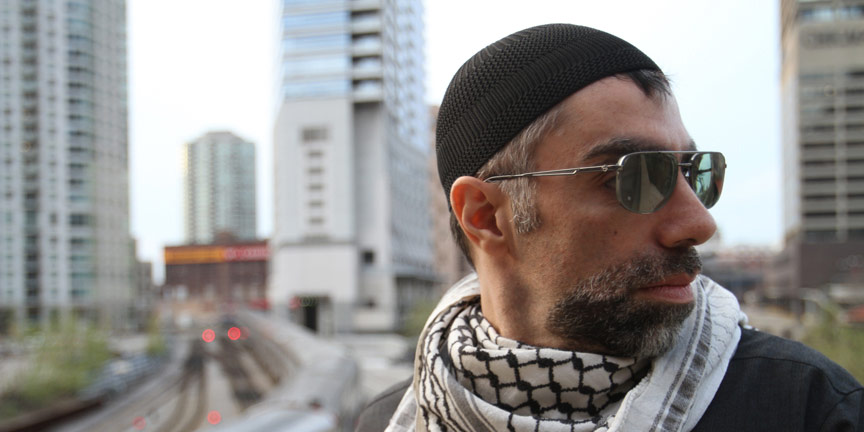 Iraqi-American Director Usama Alshaibi asks  the question“Why is being an Arab suddenly the opposite of being a decent man?” in a new documentary American Arab.

Alshaibi, who is also a professor at CU Boulder teaching in the Film Studies Program says that he was compelled to explore the Arab American experience after the rise in anti-Muslim rhetoric and attacks on Muslim following 9/11.

“What I noticed is that people like Amal, who is in my film, a Muslim American born in Chicago, she wears the hijab, the headscarf, she was attacked, just because she’s Muslim and this generalizing about who we are, these right-wingers, giving us a narrative that’s just untrue, it’s just getting ugly.”

In the documentary, Alshaibi explores what it’s like to occupy the ‘space in between’ as a hyphenated American, specifically of Arab origin.  “There has always been this idea of who Arabs are in the United States, stereotypes and such, some of it harmless, some of it harmful. After 9/11 I definitely saw this vilification of Arab-Americans, I saw it affecting my community, I saw it affecting my family.”

Alshaibi says that the entire Muslim American community is vilified after a terrorist attack in a way that never happens to white domestic terrorists. “We recently had this horrible tragic Planned Parenthood shooting and you don’t see radio hosts and politicians talking about rounding up white guys.”

American Arab is being screened nationally  starting February 9th on the WORLD Channel’s America ReFramed, and is available on line from February 10th.