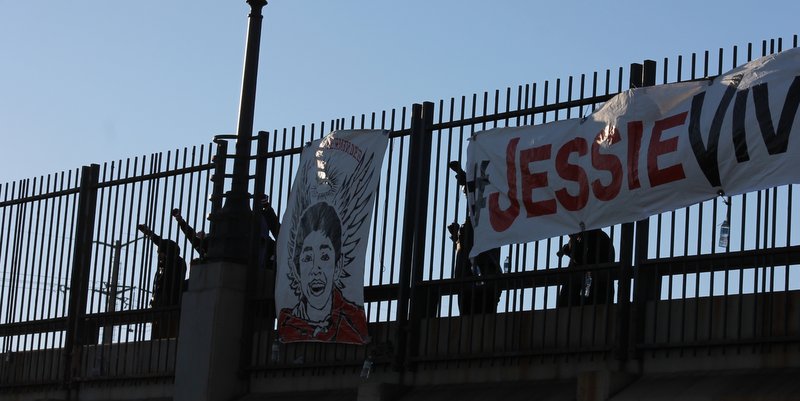 It was one year ago today that the family of Denver teen Jessica Hernandez received the news that she had been fatally shot by police.  The details of the shooting have been obscured by the resistance of the Denver Police to release videos of the moments after the incident which witnesses say would show a very different picture than what was released by the Denver District Attorney’s Office.

In June the DA announced that no charges would be filed in her shooting against the officers prompting demonstrations throughout the metro area ever since.  The following day, the Denver Police Department announced a change in department policy disallowing officers to shoot into moving vehicles without a justifiable cause such as the pursuit of an armed suspect or in other self-defense cases.  Still community members have argued that the policy is too subjective and that the policy leaves too much room for police to claim self-defense.

Several direct actions against police violence have taken place over the course of the past few years that have sought to raise public awareness of the numbers of law enforcement involved homicides in Denver, second in the nation next to Baltimore.  One such action was during last week’s Martin Luther King Marade where activists interrupted the event to demand police accountability for police brutality incidents.  Another included a banner drop over I-25 during the Bronco playoff football game on Sunday.

At this morning’s banner drop action. Lynn Eagle Feather and Gabe Black Elk, mother and brother of Paul Castaway accompanied activists to the site of the banner drops.  Eagle Feather said that she wanted to support the Hernandez family on the one-year anniversary.

Another banner read  in Spanish #JESSIE LIVES, and another read:  JESSIE IS SACRED.

A march is planned for today as well as a memorial mass and walk to the location of the shooting and to the cemetery where the young teen was buried.

KGNU speaks live to Mimi Madrid  member of Buried Seedz of Resistance from the 88th Street overpass and then to others who brought their action to other overpass locations:

Interviews with those who participated in the action: 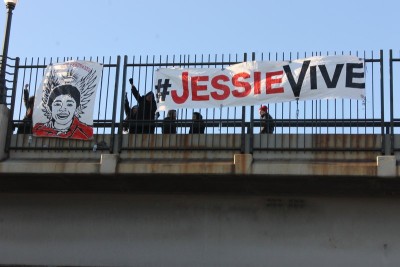 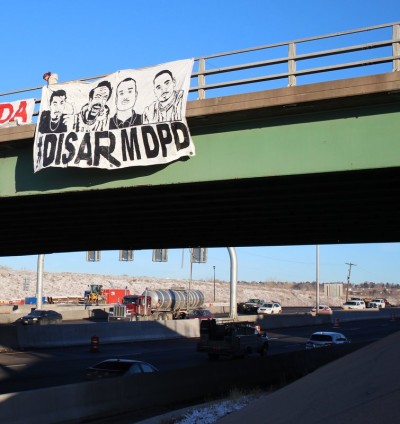 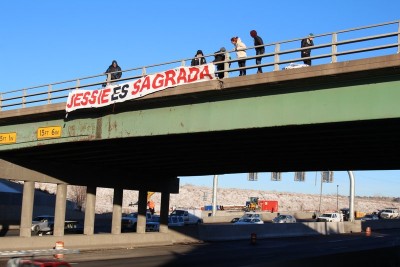 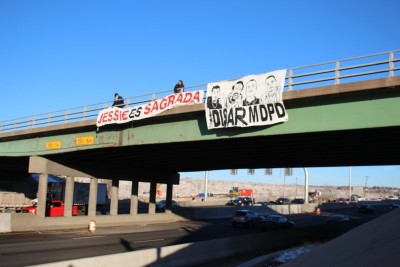 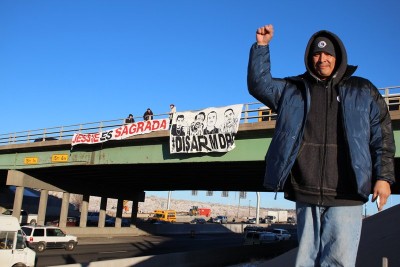 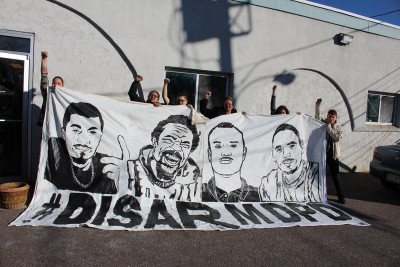