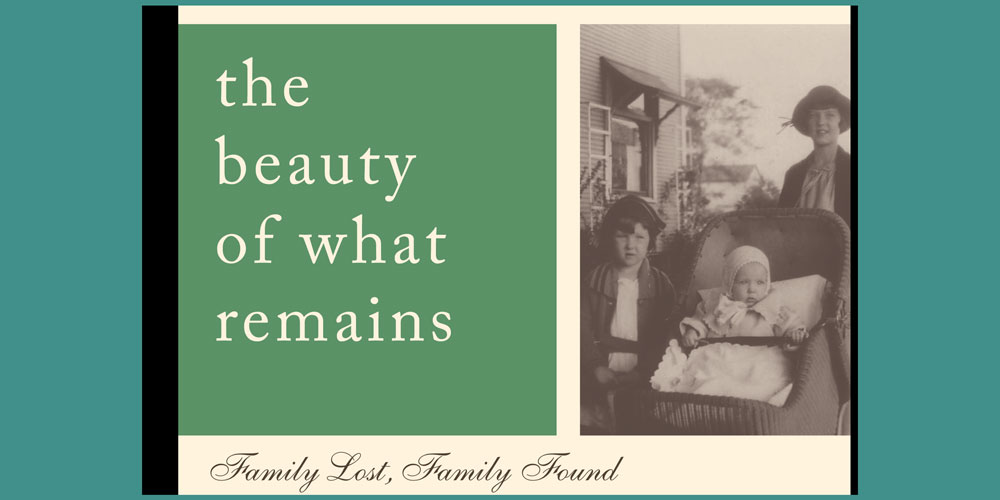 In her new memoir, author Susan Johnson Hadler chronicles her quest to fill in the gaps of her family history, particularly to find out more about her father who died while she was a baby in World War II . “I knew that I had a father but I knew nothing about him.  I only knew his name, I knew that he was killed on April 12th 1945 which was the same day Roosevelt died and I knew that it was somewhere in Germany and that’s all.”

All Hadler had from her father was a letter he had written to her as a baby “all my life, whenever I tried to ask a question, it brought up so much pain in my mother that she just tabled it…she had locked away her pain, she had locked it deep inside her.”

When Hadler opened up her desire to look for her father, she was ostracized by her mother and other members of the family “all of the pain she had locked away came out and was focused on me.”

Hadler and her husband traveled to Germany and found the site where her father was killed by a bomb during World War II.

After that she began the search for her mother’s two sisters, Dorothy and Elinor, family she had also never met.   Elinor had been sent to a mental hospital in 1936 at the age of 23 “she had a 2 year old and a 5 month old and the family abandoned her for the rest of her life, just left her in the mental hospital.”  Hadler was searching for Elinor’s grave when she found her alive at the age of 94 in a nursing home.  Elinor’s children had been told that their mother had died when she was institutionalized, and Hadler was able to find them and reunite the family “I made it my mission to find her children and I did…her daughter came right away the next day to see her mother. She hadn’t seen  her mother since she was 5 years old and she was now 72.”

Hadler will speak about her book on Tuesday January 12th at 7.30pm at the Boulder Bookstore.