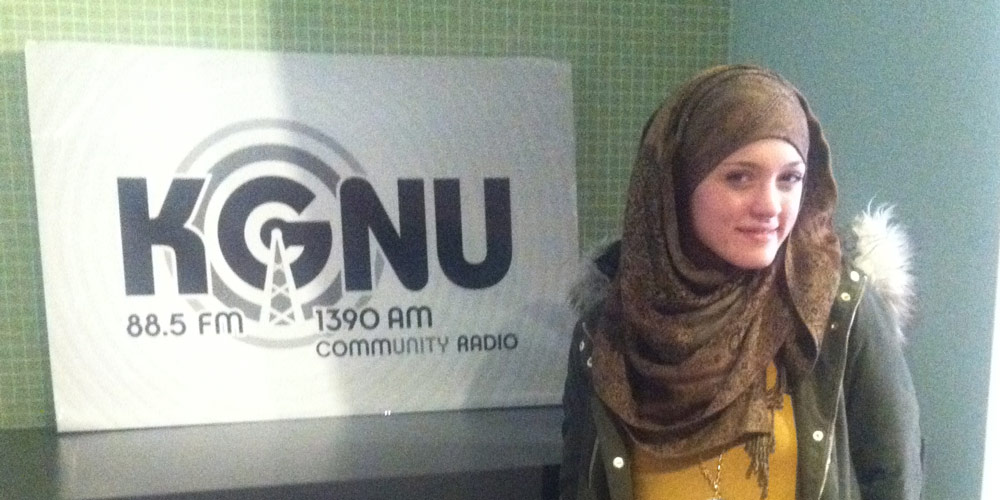 “War is a disease and you can feel it no matter what part of the country you’re in.”

Amal Kassir grew up in Aurora. Her father is from Syria and Amal grew up with strong links to her Syrian family, some of whom have fled the country, others are facing the daily reality of a war torn country.

“My grandma would come and visit with my grandfather and they’d bring their Arabic and their recipes with them and we grew up knowing that this place was my Dad’s home…it’s the other half, as much as America is the birth place of my life, Syria was 100% also present in the home.

Amal says they’ve lost 30 members of their family and a phone call in the middle of the night brings dread of more bad news “(In the early morning) my Dad leads the prayer and you’ll know that someone has died because of the way he cries and this war is what made me see my father, an Arab man, with that macho stereotype, that was the first time that I saw him cry.”

Amal says people need to see the situation in Syria as a humanitarian crisis. She is concerned at how the attitudes towards Syrian refugees have changed.  “When the whole conversation switched from the Assad regime to ISIS, that’s how you knew it was detrimental to the cause, because what happened was a play on anti-Muslim bias really managed to take the stage.”

Amal is an award-winning slam poet who has performed around the world. She uses her poetry to raise awareness about the situation in Syria and to address social economic justice issues here in the US. She also explores issues around her identity as a Muslim American. She is working on a new book, a collection of her poetry Scud Missile Blues.