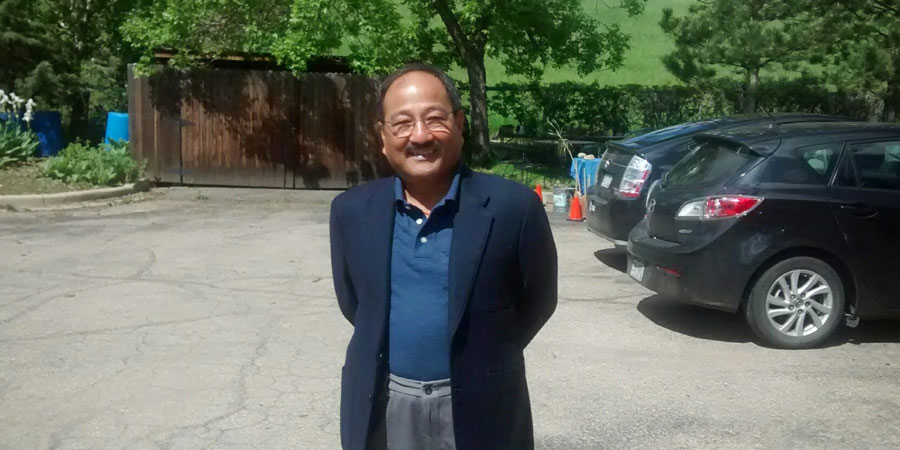 “It is very chaotic, it was so devastated and people can really not imagine that such a thing could happen to the world.”

Narayan Shrestha, originally from Nepal, now a businessman in Boulder and the founder of the non-profit Helping Hands, Health, Education, which helps build schools and health clinics in Nepal.

Shrestha was in Nepal when the earthquake struck on April 25th, 2015, ultimately killing over 8,000 people and injuring over 21,000 people.

Over 900,000 people lost their homes as a result of the earthquake and Shrestha says the scale of the disaster and the rebuilding needs is overwhelming “you don’t know where to start but somebody, somewhere has to start.”

Shrestha’s organization Helping Hands has shifted its focus to rebuilding homes and as of the end of 2015 it has built 380 shelter homes “our goal is to reach 2000 homes.”

Shrestha has been back to Nepal four times since the earthquake and he says the misery of those impacted by the earthquake is being compounded by corruption at a governmental level in Nepal which means international funds are not being distributed. In addition, a blockade at the Indian border is preventing supplies from entering the country, “our two container loads of supplies and equipment that we sent back in August, it reached the Indian border in September. That is the time they closed the border… and our two containers are still in India.”