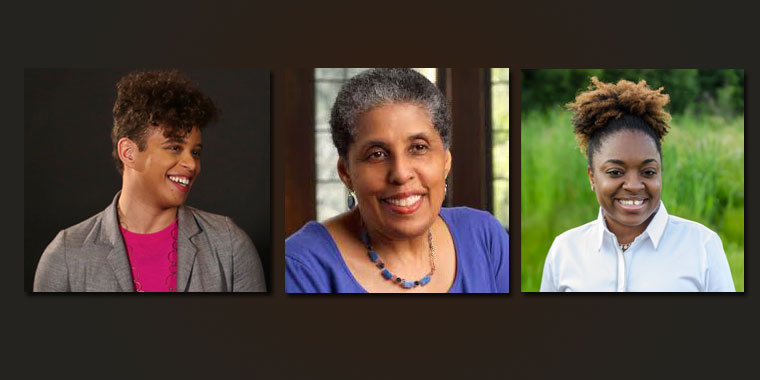 Listen to most of the National LGBTQ Task Force’s Creating Change conference’s, Black Feminism and the Movement for Black Lives panelists discuss Black feminism and how it interlocks today in many movements around the world; parallels with Black Lives Matter movement; and what has and hasn’t changed in the past 50 + years.  Hear their take on topics of gun violence, advances or lack thereof in the queer liberation movement, a world without police or cages for humans, i.e., prisons; and how knowing your history and kinship with many freedom fighters can give you heart.  Panelists include Black feminist icon, Barbara Smith, feminist, lesbian, activist, author, publisher, and elected official; Reina Gossett, activist, writer, and artist working on transgender and the prison industrial complex; and Charlene Carruthers, Black, queer, feminist community organizer and writer also working on reproductive justice and Palestinian liberation; with moderator, Stacey Long Simmons, Esq., Director of Public Policy and Governmental Affairs, National LGBTQ Task Force.