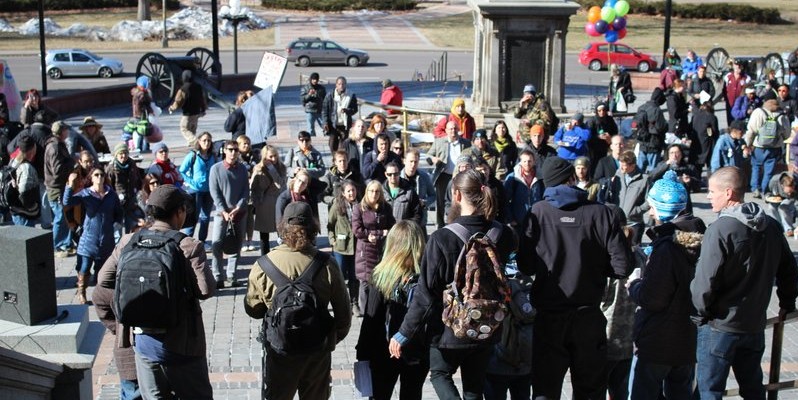 The energy doesn’t appear to have subsided after the Right to Rest Act failed to pass out of the State, Veterans, and Military Affairs Committee last year.  To the contrary, the mobilizations and organizing have become more strategic and frequent.

Right to Rest legislation is expected to be introduced at the state legislature this session and a kick-off event was held Monday at the Capitol to highlight the numbers affected and the issues that exist that could be alleviated by the passing of the bill.
The Right to Rest campaign has created a coalition between Colorado, California, and Oregon and would create legislation that protects existential rights and prohibits the enforcement of local laws that violate these rights.

1.  The right to move freely, rest, sleep, and be protected in public space without discrimination.

2.  The right to rest in public spaces and protect oneself from the elements in a non-obstructive manner.

3.  The right to a reasonable expectation of privacy of property in a public space.

4.  The right to occupy a legally parked vehicle.

5.  The right to share food and eat in public.

The following video was provided to KGNU by Boulder Rights Watch:

Speakers said that the basic idea is to decriminalize homelessness since the activities listed in the bill are normal everyday activities performed by the general public but who are not typically ticketed for doing so.

Last year after the bill failed in committee, tears and outcries were heard in the halls of the Capitol where Representative Joe Salazar who is co-sponsoring the bill with Representative Jovan Melton promised to reintroduce the bill this year, “You remember how this ended off last year.  I was pretty upset and you all were pretty upset too.  It’s really hard to get people to understand the inhumanity in criminalizing homelessness but its more difficult to get them to understand that this is just straight illegal.”

Nantiya Ruan, Law Professor at the University of Denver Sturm College of Law said the law is behind his statements.  Currently the University of Denver is studying the numbers that compare both the rate of arrests for existing and survival activities and how those arrests disproportionately affect those who are living without homes, but also how other actions by police departments might violate the US Constitution:

“We looked at 76 different cities across the state and we identified 351 ordinances that actually discriminate and criminalize homelessness.  They’re on the books and that’s a problem.  What about whether or not [police] are actually giving citations based on these ordinances.  We found out that in Boulder over 1000 citations in one year on the Camping Ban.  We found that aggressive panhandling citations across the state are being used.  We also looked at how much does it cost the state to actually criminalize homelessness.  We found in Denver city alone in one year, three quarters of a million dollars is spent on criminalizing homelessness.  Those resources could be used in a lot better ways, we argue in terms of housing and services for those who are homeless.  We’re going to continue doing that with the students here taking a look at when homeless people’s property are taken by the police whether or not that’s a search and seizure [violation].  We stand behind you and we hope the Right to Rest Act is passed this year.”

Speakers at the event raised issues with the searching and confiscating of personal property belonging to those on the streets, “We want this bill so the cops don’t throw away your medications and IDs.”   The complications and potential illegality of throwing away identification documents were also raised at a November 16, 2015 Boulder Human Relations Commission monthly meeting when Boulder Rights Watch member Darren O’Connor who not only cited the different human services options that require an identification to be able to use these services but also the hardships and complications endured by those who have to begin the process to secure new documents.

A speaker who identified himself as Paul said,  We’re all this short from being homeless.  Those are the kind of people that are out here passing these laws.  They like to hide us.  They want us out of sight, out of  mind.  I think that’s what a lot of these laws are about.  If anyone tells you that the Camping Ban was about keeping camping out of city limits and it wasn’t about the homelessness,  all of us standing here are proof that that is a lot of bull[expletive].”

Representative Jovan Melton said why he co-sponsored the Right to Rest Act, “It is a right that no one should be denied.  No city should push their people out and no one should be criminalized for or discriminated against for the circumstances that they face.  We will continue to stand with you.” 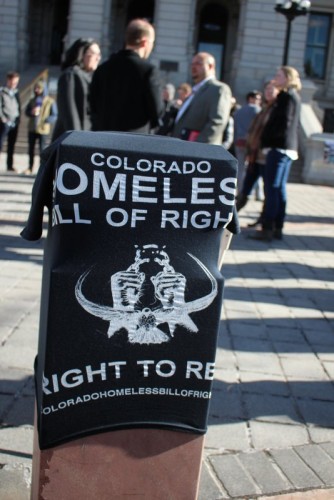 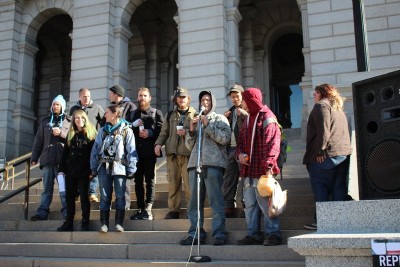 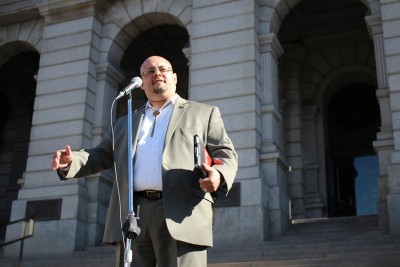 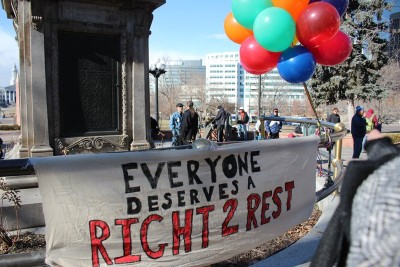 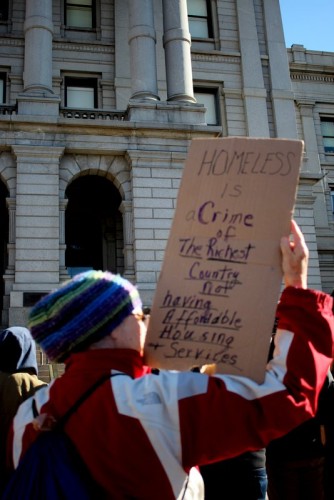 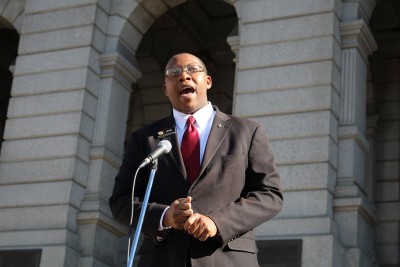 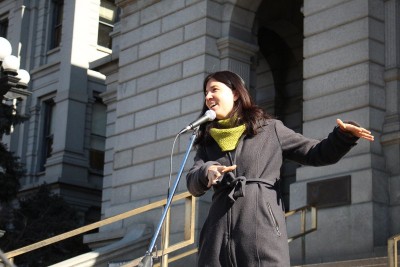 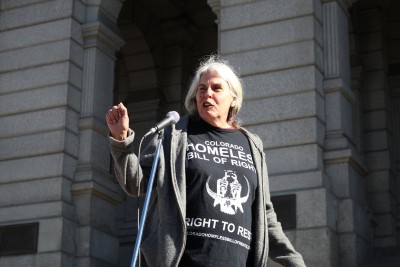 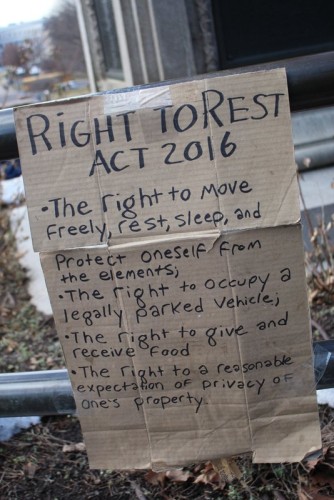 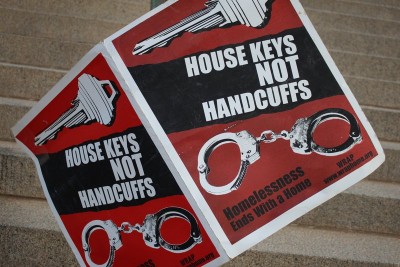