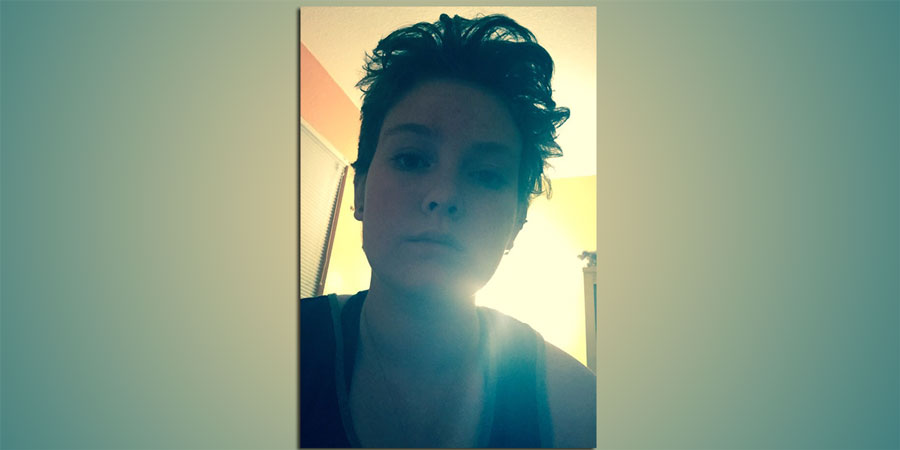 “Hello, my name is Phoenix, my pronouns are he, him and his, and I’m here to tell a little story of what it’s like to live as a transgender teenager.”

Transgender meaning that my gender differs from my sex assigned at birth.

Starting with a bit of history, I first discovered my gender in the sixth grade, right around the time of puberty. At this time I began feeling that I wasn’t truly a girl, despite what my parents, friends, and teachers called me. I didn’t quite know what it meant to be transgender, so I immediately shut down those thoughts and pretended like they weren’t there. Because, what I always learned from my peers was that being different was wrong.

Hiding those feelings worked for quite a while, even through the period of time in which my brother came out as transgender. Even as I learned more and more about the queer community, those feelings were kept hidden. Until the ninth grade when I started to get pulled down by depression, enough so that I began failing some of my classes and eventually started skipping school. I hit so low, in fact, that I eventually convinced my parents to let me do homeschooling just so that I wouldn’t have to leave the house. I stayed in isolation for a month, having no human contact with anyone but my parents, and the occasional visiting friend. During all those hours of alone time, I began reflecting on everything that could’ve gotten me to that point. It was then, when the feelings from sixth grade arose. My depression didn’t instantly vanish once I had discovered this about myself, and I didn’t quite have the motivation to come out to my parents.

Once my parents realized that homeschooling wasn’t helping my depression, they convinced me to try out a new school. One with a smaller population that was made for kids like me who had trouble in larger schools. For once, I felt safe and actually happy to get out of the house. But, I still didn’t feeling comfortable coming out to anyone.

A month before the school year ended was when I found Out Boulder, a non-profit organization made to help out and support queer people. I joined a support group, in hopes of finding the motivation to come out of the closet. I told that support group to use male pronouns on me, just so I could try them out. When I realized how safe and comfortable I felt there, I knew they’d be able to help me.

It was the beginning of Summer when I came out to my family, who then helped me come out to my school when the new year began. I told everyone that I was transgender, and that they should use male pronouns. Everybody was super accepting and I had never felt happier in my life.

Unfortunately, despite being supported and accepted my by friend and family, I still have faced a lot of discrimination, as well as most other transgender kids who are out of the closet. I’ve personally been told that I shouldn’t be allowed to use public restrooms, that my gender identity is a waste of time, and that my gender identity doesn’t exist. These, along with many other hateful things being spread around, are one of the many reasons transgender people don’t feel safe when coming out of the closet.