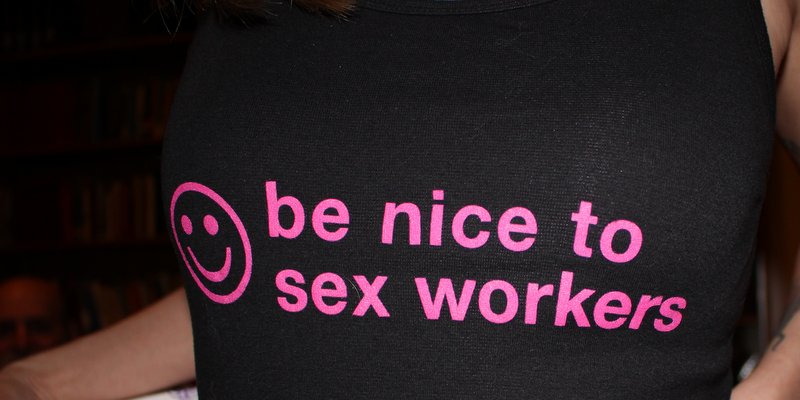 The following story contains disturbing descriptions of violence so please be prepared.

In Portland Oregon last year, 24 year old Ashley Benson was found dead.  She had been strangled.  Twenty-year old Goddess Edwards was found shot in Louisville, Kentucky.  In Nigeria, Joye Okoye was found murdered after body parts had been amputated.  The body parts were missing.

In India, Radha was raped and stabbed and died after a hospital refused to treat her.  Amanda Bueno’s beating death in Brazil was circulated on internet entertainment sites.  Senzeni Sibanda’s face was slashed with an ax in South Africa.

Another common thread between these women was that they were all sex workers.  They joined 149 others in the same industry who suffered violent deaths since December 17th of 2014, the last time sex workers were remembered on International Violence Against Sex Workers.

December 17th is marked every year as International Day to End Violence against Sex Workers.  This is an event that KGNU regularly covers as it is an under-reported subject about a marginalized group working in a marginalized profession.

On this day every year the Sex Workers Outreach Project (SWOP) of Denver holds a vigil similar to other memorials held internationally.  The day was first recognized in 2003 to honor the victims of serial killer Gary Ridgway who targeted sex workers to murder in the state of Washington.  In his confession he said that he picked prostitutes because he thought he could kill as many as he wanted without being caught.

This year in Denver, the day was marked with the screening of a video interview with co-founder of SWOP, Robyn Few and another of a march for sex workers rights in Washington DC in 2008.

The call for safe working conditions was continued as in earlier years of the movement.  Also as in previous years, sex workers, advocates, allies, friends and family renewed the call for an end to violence, misogyny, racism, trans phobia, colonialism, xenophobia and economic oppression, according to organizers.

In the upcoming year, SWOP reports that their range of focus will center on the decriminalization of the profession, the eradication of incarceration, wiping out oppression, assault prevention, and the defense against murder attempts on sex workers and those perceived to be sex workers.  A new program that was begun this year educates professionals in the health and mental health fields to more effectly serve the health needs of sex workers.  The Jefferson County Health Department was the first facility in the area to receive such training. 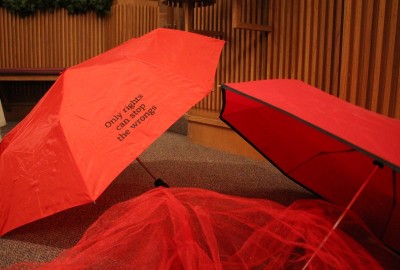