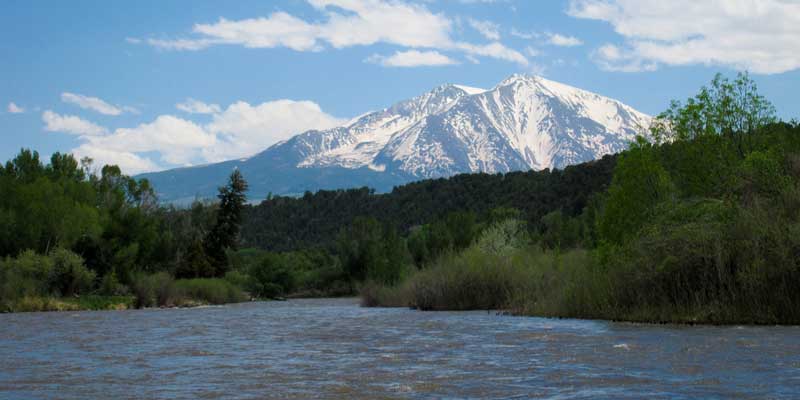 Two weeks ago Governor Hickenlooper unveiled Colorado’s first ever water plan. After nearly two years of meetings and input, the ballyhoo of releasing the plan was heard from Yuma to Grand Junction. There’s good and bad in the plan, and the on-the-ground result depends on which part of the plan the state decides to implement. The final plan is an “all of the above” water policy, and just like “all of the above” energy policies, there’s plenty for everyone to love and hate.

First, for the good news, the plan proposes to achieve 400,000 acre feet of water conservation in cities. This makes sense and is a smart move for Colorado – conservation is faster, easier, cheaper, and creates more jobs that spending billions of dollars on new dams and river-destruction projects.

Second, for the bad news, the plan proposes to achieve 400,000 acre feet of new “storage” which is an Orwellian double-speak way of saying more dams, diversions, and river destruction. Colorado’s rivers are already dammed and drained to the breaking point – there are over 1,900 dams in Colorado already, and more dams will only further devastate the state’s rivers.

Third, the plan proposes to transfer 50,000 acre feet of water from farms to cities using “alternative transfer methods.” This is good news, but falls far short of what’s needed – the goal should have been ten times more, 500,000 acre feet. “Alternative transfer methods” are proposals like water-sharing, short-term leasing, and rotational fallowing. In Southern California, hundreds of thousands of acre feet of water per year are transferred by this method, and Colorado needs to look there for leadership on this issue.

Fourth, the plan proposes that 80% of “prioritized rivers” will have “stream management plans,” and proposes a tiny amount of money to achieve the goal — $1 million per year. What’s wrong here is that we don’t need stream “management” plans, we need stream “protection and restoration” plans and we need a large amount of money to have any conceivable chance at actually protecting and restoring Colorado’s rivers and streams.

Fifth, the plan proposes to raise $100 million per year to achieve the four items above, which is a lot of money if it’s spent on the right things – water conservation, planning for alternative transfers from farms, and stream protection. If it’s spent on the wrong things – dams and diversions – it’s a drop in the bucket because any single dam project can cost $500 million and only yield a tiny amount of water for the state.

Sixth and finally, there’s some rhetoric in the plan about “fixing the broken permitting system.” Unfortunately, the plan misses the point on this issue and fails to fix anything. What’s wrong with the permitting process is that the federal government purposely does not hire unbiased, peer-reviewed, scientists to do the work. Instead, they contract the “Environmental Impact Statement” (EIS) out to large multi-national engineering corporations that have a vested interest in seeing the project permitted, and thus grossly skew the analyses making a complete charade of the supposed “science” that an EIS requires. Thus, public comments are always extremely negative, and the federal government goes through iteration after iteration, taking years and millions of dollars.

The Colorado Water Plan had a chance to make a consequential difference and to move the state forward into a 21st century water management paradigm. By creating an “all of the above” water policy that still promotes 19th century ideas like more dams, diversions, and river destruction, the state simply missed the opportunity at hand.

If the state focuses on water conservation, sharing water with farmers, and river protection, environmental groups like mine will be cheerful participants in that process. On the other hand, if the state supports more dams and river destruction, it will create massive water fights, lengthy delays, and expensive court battles for decades to come.

*******
Gary Wockner, PhD, is Executive Director of two river-saving organizations, Save The Poudre and Save The Colorado. Contact: Gary@SaveTheColorado.org