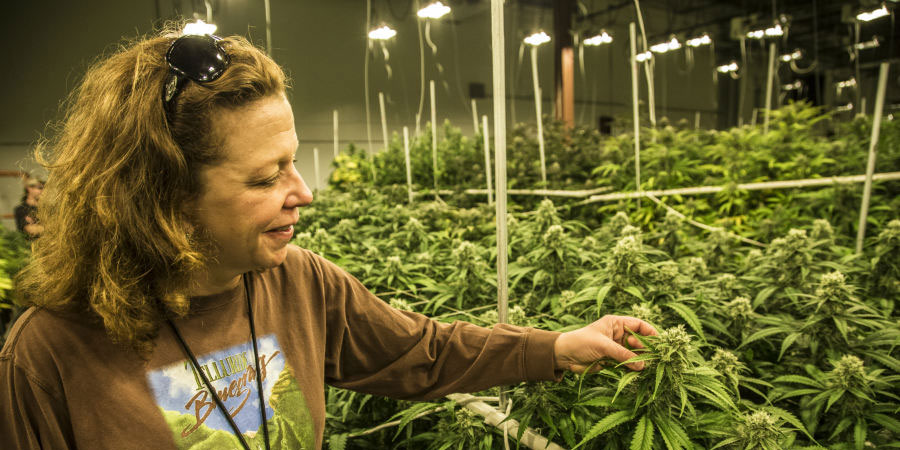 This story was recognized by the Society of Professional Journalists in their 2015 Mark of Excellence Awards.

On January 1st, 2014, to much fanfare and global media attention, all eyes were on Colorado as it was the first time in the world that licensed stores could legally sell weed to anyone over the age of 21.  Two years on, the cannabis industry generates tens of millions of dollars in taxes and revenue every year, and while it’s only in its infancy, recreational weed is a huge money business with lots of players and moving parts. Here KGNU’s Tony White takes an inside look at the day in the life at Terrapin Care Station: a major player on the front lines of the booming cannabis industry in Colorado.

Top Photo: Christine Kirk, production manager for Terrapin Care Station, is in charge of the harvesters and packagers. “We have a crew of harvesters that trim all of the parts of the plant that are not usable off, and get the buds ready to be dried and then pushed into production where we can get ready for sale.”

In his office at the Terrapin Care Station, owner, founder and President, Chris Woods oversees the operation that has become one of the largest cannabis retailers in Colorado.  Terrapin was the first recreational cannabis dispensary to open in Boulder back in 2014 and now employs over 100 people. “It’s evolved a lot in the 6 years I’ve been doing this, I’ve done every job function within this company from doing books to bud tending to growing to trimming weed to acting as in house counsel.”

Woods began the operation back in 2010 as a medical marijuana dispensary. Having expanded to a second retail location in the city, they’ve come a long way since those early beginnings, as they navigated the new industry and its new regulations.  “I remember selling pot in zip lock bags in magic markers, dealing with questionable characters.  But I would say that the regulatory authorities have done a good job in weeding out the bad actors.” 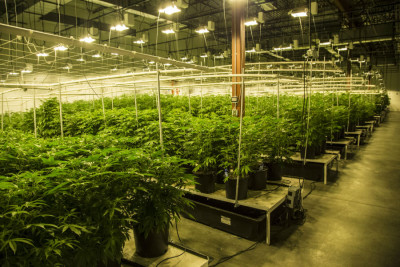 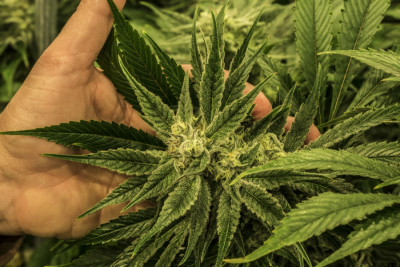 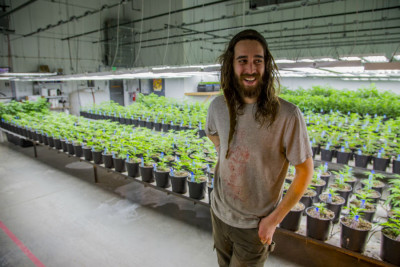 Ian Peak, one of the growers at the Terrapin Care Station cultivation center. “It’s a continuous cycle, it never ends…it’s a lot of work but it’s a lot of fun.

Terrapin has four dispensaries and four cultivation facilities in Colorado and is looking to expand into Oregon and Massachusetts. Woods has been heavily involved in the bureaucracy of cannabis legalization, advocating for sensible laws and occasionally quarreling with the city attorney’s office. In 2012, he was one of the largest financiers in the successful campaign to pass Amendment 64 which regulates and taxes weed like alcohol and essentially opened the door for the weed boom that is happening now. The flagship Terrapin retail store is their Folsom Street location in Boulder where budtenders sell upwards of 10 pounds of weed a day.

The marijuana sold here is all grown at their 15,000 square feet cultivation facility in Aurora, a suburb outside of Denver.  Hundreds of marijuana plants are grown from tiny clones into towering stalks six feet tall. They are meticulously cared for by the growers on a never-ending cycle. One of those growers is Ian Peak “we have a total of 3,000 plants including clone, veg and all the flowering…two flowering rooms.  It’s a continuous cycle, it never ends…it’s a lot of work but it’s a lot of fun.”