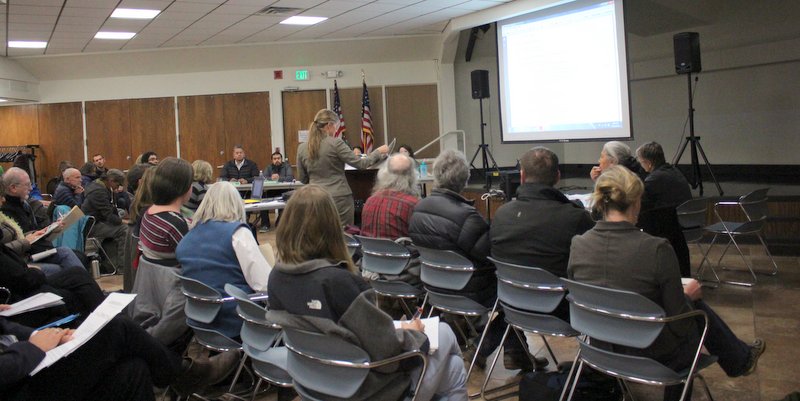 The Boulder’s Human Relations Commission (HRC) wants City Council to add to the agenda at their upcoming January retreat, the possible repeal of the camping ban in Boulder.

Currently sleeping in public spaces with any type of protection including a blanket, tarp, or even cardboard is banned in the City of Boulder.

Twelve people were allowed to present comment during the HRC monthly meeting Monday night although more signed up to give testimony at the meeting and were not heard during the 45 minute public comment section.  All who spoke did so in support of a repeal of the ban.  Included in those twelve were attorneys who work for the law firm J-Sup:  The Boulder Law Center for the Un-Housed.  The firm presented evidence to HRC of the homeless support programs that currently function in Boulder compared to the programs that also exist to prosecute those without housing.

Shelley Angel, attorney for the firm said that from 2010 to 2014, 1812 tickets were issued in Boulder related to homelessness, and 1532 of those were camping violation tickets, “Just last Friday Boulder County Jail listed 779 inmates.  At least 106 were homeless or transient.  Just on Friday the county spent over $11,000 detaining homeless individuals.  Multiple studies have shown that it is much more effective to house the homeless.”

But continuing to enforce the anti camping ordinance is putting future HUD funding for Boulder’s homeless programs at risk.  This year Boulder Housing Partners received close to $530,000 of HUD funding for city homeless programs according to Eleanor Brode, a law clerk with J-SUP.  HUD’s recent Notice of Funding Availability (NOFA) has added criteria for receiving funding that require potential recipients to work against homelessness criminalization.  Applicants now are required to show how they are reducing criminalization for the homeless and if not, will risk future funding cuts according to Brode, “HUD’s addition of these new criteria represents a clear concern by the federal government about the criminalization of the homeless.  HUD is likely to escalate its efforts through funding incentives and as time goes by, it’s highly likely that HUD will begin cutting funds to those communities who continue engaging in the criminalization of the homeless.”

Boulder’s chances of losing funding are higher than that of any city in the state as described by Michael LaGarde who is a 3rd year law student at the University of Denver and is studying municipal ordinances that criminalize homelessness in the state.  LaGarde’s research also completed by the homeless advocacy class at DU’s law school showed that Boulder issued 1767 camping ban citations over a 5-year period over 2nd place Ft. Collins who issued 861, and third place Colorado Springs who issued 92, “Boulder is far down, hands down, across the board, the worst in terms of enforcing the camping ban.”

Access to those services is at issue too.  Reno Reykjavik said that to attend the night’s meeting, he had to choose between a lottery number to stay at the Boulder Shelter for the Homeless and coming to the meeting, “I felt this was a little more important.  Many homeless would be here tonight if it was scheduled during that time, a time when we’re trying to get our bellies full and get indoors for the night.  Of course tonight with the storm coming in, everyone’s inside.  Criminalizing homelessness is demonic.”

Other challenges to access are the requirements by many Boulder service agencies that include having a government issued identification card.  Defense attorney David Harrison said that his clients report that some police officers have considered some of their property as trash and so it is thrown away.  Such was the case for an attendee that Darren O’Connor who volunteers for Boulder Right Watch met and drove to an October 29th homeless forum in Boulder, “He lost his license through getting arrested and they threw all of his stuff away.  And he’s also a disabled man, on the job disability, and cannot get disability insurance also through having lost his license.  Then there’s the Boulder Housing Authority.  To get help there, you have to show proof of income with copies of at least 3 paycheck stubs, copies of bank statements, verification of earnings forms, W2, income tax returns, letter from  your employer.  You also need ID.”

Even after meeting all of those requirements O’Connor added that availability is virtually nonexistent in the city anyway.  In sampling availability with Boulder Housing Authority and Boulder Housing Partners, he found that there were no vacancies with either of those agencies at the time.

Michael Fitzgerald, a longtime Boulder resident who was once living on the streets could not access services either.  Instead he was cited eight times for camping or trespassing and was incarcerated as a result, “How I got through that was rough.  I felt like I was really being targeted because the cops knew me before they even took my identification.  It’s so impossible to believe that because you sleep on the streets or in a safe area, whatever it is to survive, to get through a night you can face a citation between 6 and 7 in the morning.  That keeps you awake sometimes.”

The camping ban kept Michael Hommner awake at night too.  He testified that he had previously been homeless for five years in Boulder and about how getting a camping citation affects the lives of people living on the street, “You not only get one ticket, you’ll get multiple tickets.  And what happens is your background checks when trying to get housing, trying to get a job, are all affected.  We cannot continue to criminalize homelessness but that’s what our city does.  The average homeless person gets three hours of sleep a night.  That’s why you see them sleeping around in the parks during the day.  Can you operate on three hours a day?” 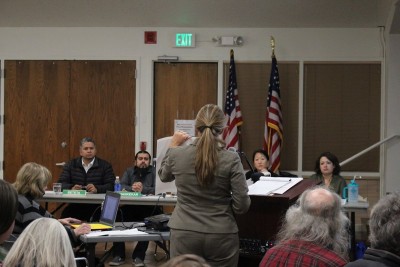 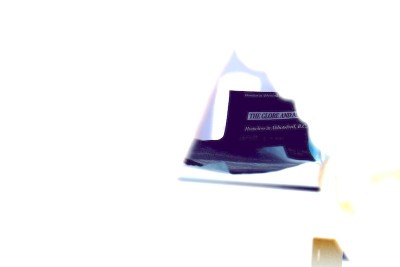