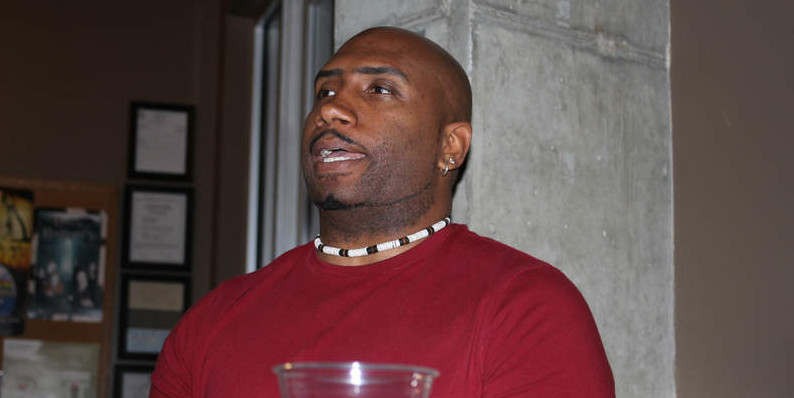 KGNU’s mission statement includes the goal of maintaining a space for underrepresented communities to air their voices and stories.  Because of the limited opportunity for victims of police misconduct to tell their stories, Badge of Courage is providing an opportunity for survivors of police violence to speak.  In today’s edition we hear from Theo Wilson.

“You don’t ever take your Ford in and then the mechanic shoots you because he’s afraid it’s gonna fall on his head when he’s tuning you up. This is not something that is acceptable in the narrative anymore, that their job is so terrifying that they have to kill people in order to make it OK for them to continue doing their job.”

Theo Wison wants the common discourse to change about the dangers of policing.  In his account, he quotes from statistics that are maintained by the Bureau of Labor Statistics about the rate of fatal occupational injuries:

The latest numbers show that the number one dangerous job in the US is logging:

Theo Wilson said, “There’s a propaganda machine in place for police all throughout Hollywood.  It’s called Law and Order: SVU.  Like it’s called CSI.  We’re pumped with these images that say that the police are more than likely the good guys and so that’s why most of America can’t believe us when we tell them, ‘No, they for real tried to kill me,’ and ‘No, they actually way stepped out of the line of duty,’ and ‘They actually completely violated my civil rights.'”

Wilson had been traumatized before by police violence.  He was the childhood

friend of Alonzo Ashley who was fatally tased by Denver Police in July of 2011.

In 1994 while out for the evening, he became separated from his friend during an unrelated bar room incident that involved the setting of a fire by an unknown person inside the bar.  While he was outside of the bar he witnessed a police officer pushing a group of girls.

Theo Wilson’s account of surviving the subsequent police attack is unique in that Wilson fought back: